Small Miracles – a novel about nuns and miracles that’s big on love
More about the book! 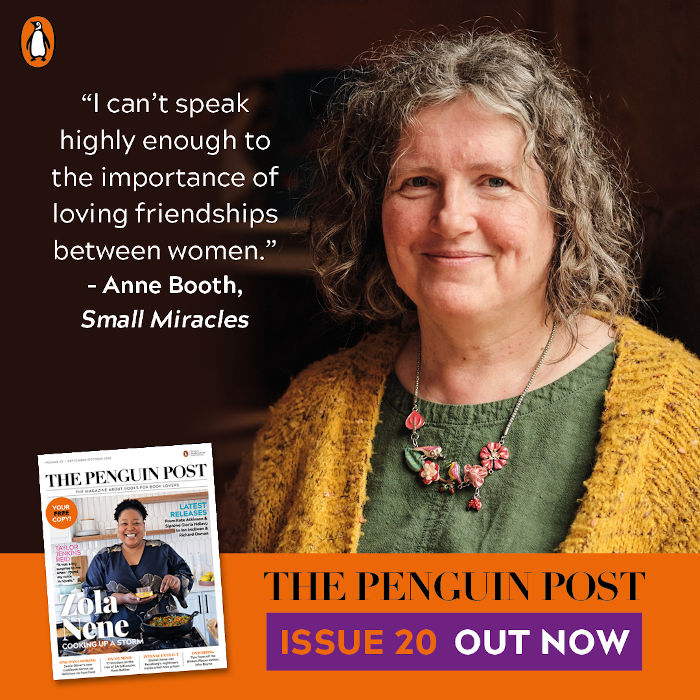 Small Miracles will take you on a joyful and uplifting journey as three nuns learn more about life, love and friendship than they could ever have imagined – and it all began with the seed of an idea planted in the mind of author Anne Booth.

‘I can’t speak highly enough to the importance of loving friendships between women.’

Small Miracles follows three unforgettable nuns as they try to save their convent from ruin, an idea that came to me after watching a programme about a convent in York. The Sisters there were struggling financially, so they started buying lottery tickets in the hope that by some miracle, they might win and be able to save their convent. I thought this could be the beginning of a story, and I started to build on it by using some of my own memories and experiences.

Now, I am no nun, but I did go to convent school, and I was very religious as a child. At one point, I actually wanted to be a priest, but, having been told that girls couldn’t be priests, I decided from the age of six that I would be a nun instead.

It was an ambition that stayed with me until, at sixteen years old, I went and stayed in a convent in Scotland for a couple of weeks. Instantly, I was struck by how harmonious the community there was, and just how normal the Sisters were. I had expected that they would be quite pious, and really rather uptight, but the reality was that they were far more relaxed than my teenage self.

I met an elderly Sister whose false teeth whistled when she prayed, and I was taken by another – who was also a Bishop’s cook – to meet the Bishop and see his collection of relics, a memory I brought into the book. Every Sister I met there was fulfilled, happy and just trying to love, and it struck me that, regardless of how many different personalities there were in their community, somehow, they managed to live more or less in complete harmony.

That experience helped me realise that having a vocation wasn’t about dramatically suppressing my desires, and I began to suspect that a loving God would only want for me to be healthy and happy. I came to realise that what would make me most happy would be to marry and have a family, and that I actually wasn’t called to be a nun after all!

But I never forgot the Sisters I met during my time at the convent, and to this day, I can’t speak highly enough to the importance of loving friendships between women. Creating the very different main characters of Margaret, Cecilia and Bridget, who are older, committed, and vowed Sisters gave me the chance to focus on this type of friendship, and on the bond between women who might not naturally be friends. I also enjoyed exploring their prayer lives, their shared faith, their love and their commitment, something which I don’t think is done too often.

But mostly, I wanted to write a story of love; how it is real and ever-present and that, no matter how imperfect a person might be, they are worthy of loving and of being loved themselves.

Small Miracles is out now.

The 1990s are proving tough for the convent. The order of the Sisters of Saint Philomena is down to its three last nuns. The place that Sisters Margaret, Bridget and Cecilia call home is in dire need of repairs and, with no savings and no new recruits, they are facing the prospect of having to sell up and leave behind the friends and neighbours in the parish community that they love.

That is, until ninety-year-old Cecilia decides to play the newly launched National Lottery and a series of small miracles begins to unfold.

Small Miracles takes the reader on a joyful and uplifting journey as these three unforgettable nuns learn more about life, love and friendship than they could ever have imagined.

A charming, heart-warming story about three nuns who play the lottery to save their failing convent. It’s a story of friendship, community, faith and love.