Sam Beckbessinger, bestselling author of Manage Your Money like a F*cking Grownup, brings you a new ‘mouth-washed-out-with-soap’ edition for teens! 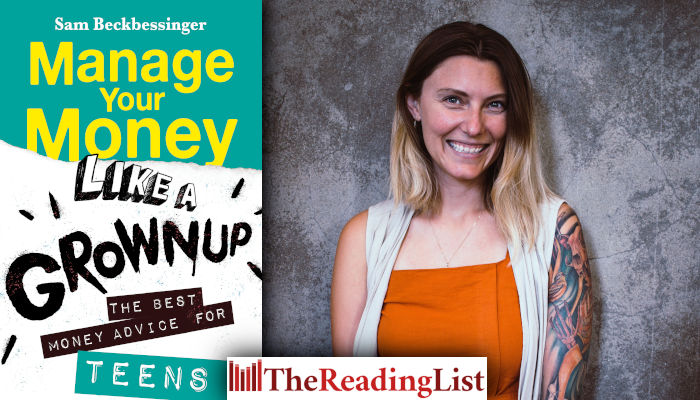 Manage Your Money Like a Grownup: The Best Money Advice for Teens by Sam Beckbessinger is out now from Jonathan Ball Publishers.

Don’t you wish you’d started saving and investing when you were younger? Well, this is the book that aims to get kids thinking about the basics of money, and lay the solid foundation in financial education that most of us never had.

Featuring playful illustrations, jokes, and fun facts designed to appeal to even the most easily-bored youngster, Manage Your Money Like a Grownup covers all the basics South African kids and teens need to know, like:

Informed by conversations with real kids and their parents, this book aims to equip kids with practical tips for earning and investing money at any age, and questions for kids to torture their parents with to spark lively dinner-table conversations.

Sam Beckbessinger is the bestselling author of Manage Your Money Like a F*cking Grownup, sold in six countries. She writes weird horror stories and kids’ TV shows, and helps people learn to adult better (she’s still trying to figure it out herself).

She was one of the writers on Serial Box’s and Marvel’s Jessica Jones: Playing With Fire serialised novel. She’s also written several episodes for animated kids’ TV show, Team Jay, commissioned by the Juventus Soccer Club and produced and animated by Sunrise Productions, and the family-friendly comedy series Jungle Beat, which has been broadcast in over 180 countries on channels including Cartoon Network and Nickelodeon.

Sam was a Mandela Washington Fellow for Young African Leaders at Yale University in 2014, and is a partner and co-founder of two financial technology businesses: Lettuce and Inves.