Read an excerpt from Selection Day, the new novel from Man Booker Prize-winning author Aravind Adiga
More about the book! 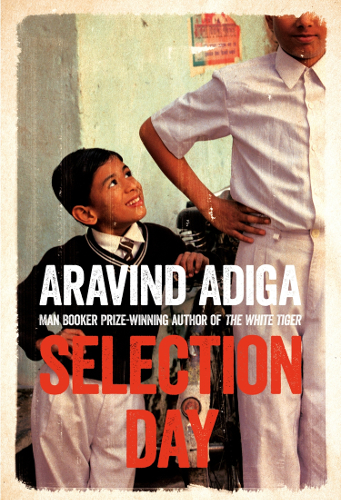 Pan Macmillan has shared an excerpt from Selection Day, out soon from Aravind Adiga, whose debut novel, The White Tiger, won the 2008 Man Booker Prize.

“The most exciting novelist writing in English today”
– AN Wilson

Manjunath Kumar is fourteen. He knows he is good at cricket – if not as good as his elder brother Radha. He knows that he fears and resents his domineering and cricket-obsessed father, admires his brilliantly talented sibling and is fascinated by the world of CSI and by curious and interesting scientific facts. But there are many things, about himself and about the world, that he doesn’t know … Sometimes it seems as though everyone around him has a clear idea of who Manju should be, except Manju himself.

When Manju begins to get to know Radha’s great rival, a boy as privileged and confident as Manju is not, everything in Manju’s world begins to change and he is faced with decisions that will challenge both his sense of self and of the world around him …

‘And I’ve got news for you, Pramod. You see, when I was twenty-one years old, which is to say before you were even born, I began working on a history of the Maratha campaign at the third battle of Panipat. It had a title: “1761: the soul breaks out of its encirclement”. Because I felt that no truthful account of this battle had ever been written. All the histories say we Marathas lost to the Afghans at Panipat on 14 January 1761. Not true. I mean, it may be true, we lost, but it’s not the true story.’

‘Tommy Sir, there is a younger brother, too. He also plays cricket. That’s my news.’

‘Pramod. I am sick of cricket. Talk to me about battles, onions, Narendra Modi, anything else. Don’t you understand?’

Darkness, Mumbai. The bargaining goes on and on.

‘And you know just how good the elder brother is, Tommy Sir. You said Radha Krishna Kumar was the best young batsman you’ve seen in fifty years.’

‘Fifty? Pramod: there hasn’t been a best young batsman in fifty years in the past fifty years. I said best in fifteen years. Don’t just stand there, help me clean up. Bend a bit, Pramod. You’re growing fat.’

Behind glass and steel, behind banks and towers, behind the blue monstrosity of the Bharat Diamond Bourse is a patch of living green: the Mumbai Cricket Association (MCA) Club in the heart of the Bandra-Kurla Financial Centre. Floodlights expose the club’s lawns, on which two men scavenge.

‘I ask you, Pramod, since you insist on talking about cricket, what is the chance of elder and younger brother from the same family becoming great cricketers? It is against Nature.’

‘Mistrust, Pramod. Pick up that plastic for me, please.’

‘A master of English cricket and grammar alike, Tommy Sir. You should be writing for the Times of Great Britain.’

Sucking in his paunch, Pramod Sawant bent down, and lifted a plastic wrapper by its torn edge.

‘The younger brother is called Manjunath Kumar. He’s the biggest secret in Mumbai cricket today, I tell you. The boy is the real thing.’