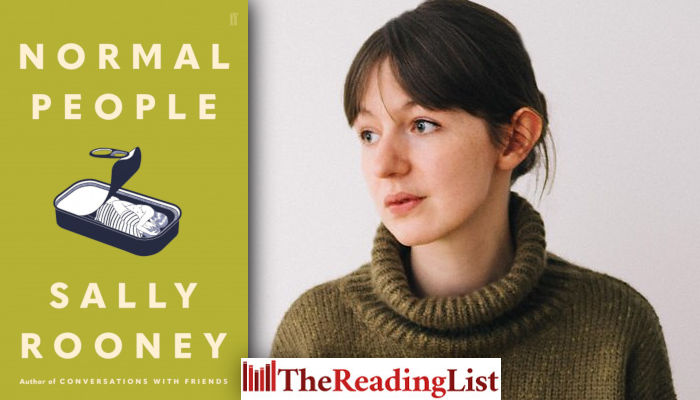 Normal People is the feverishly anticipated second novel from the young author of 2017’s most acclaimed debut Conversations with Friends.

Connell and Marianne grow up in the same small town in rural Ireland. The similarities end there; they are from very different worlds. When they both earn places at Trinity College in Dublin, a connection that has grown between them lasts long into the following years.

This is an exquisite love story about how a person can change another person’s life – a simple yet profound realisation that unfolds beautifully over the course of the novel. It tells us how difficult it is to talk about how we feel and it tells us – blazingly – about cycles of domination, legitimacy and privilege. Alternating menace with overwhelming tenderness, Sally Rooney’s second novel breathes fiction with new life.

Sally Rooney was born in 1991 and lives in Dublin. Her work has appeared in the New Yorker, Granta, The White Review, The Dublin Review, The Stinging Fly, Kevin Barry’s Stonecutter and The Winter Page anthology. Her debut novel, Conversations with Friends, was the most popular debut in the 2017 end-of-year round-ups. Rooney was shortlisted for the Sunday Times EFG Short Story Award for ‘Mr Salary’ and was the winner of the Sunday Times/PFD Young Writer of the Year Award.

After the first time they had sex, Marianne stayed the night in his house. He had never been with a girl who was a virgin before. In total he had only had sex a small number of times, and always with girls who went on to tell the whole school about it afterwards. He’d had to hear his actions repeated back to him later in the locker room: his errors, and, so much worse, his excruciating attempts at tenderness, performed in gigantic pantomime. With Marianne it was different, because everything was between them only, even awkward or difficult things. He could do or say anything he wanted with her and no one would ever find out. It gave him a vertiginous, light-headed feeling to think about it. When he touched her that night she was so wet, and she rolled her eyes back into her head and said: God, yes. And she was allowed to say it, no one would know. He was afraid he would come then just from touching her like that.

In the hallway the next morning he kissed her goodbye and her mouth tasted alkaline, like toothpaste. Thanks, she said. Then she left, before he understood what he was being thanked for. He put the bedsheets in the washing machine and took fresh linen from the hot press. He was thinking about what a secretive, independent-minded person Marianne was, that she could come over to his house and let him have sex with her, and she felt no need to tell anyone about it. She just let things happen, like nothing meant anything to her.

Lorraine got home that afternoon. Before she’d even put her keys on the table she said: Is that the washing machine? Connell nodded. She crouched down and looked through the round glass window into the drum, where his sheets were tossing around in the froth.

I’m not going to ask, she said.