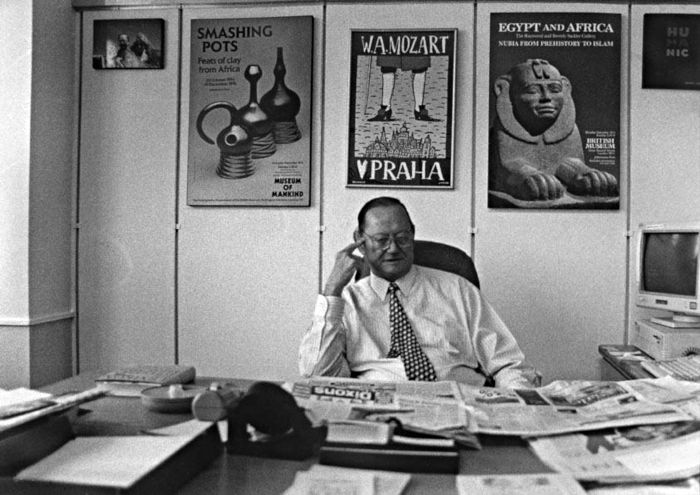 Koos Human, a giant of Afrikaans book publishing, died at his Cape Town home on Friday, 10 August 2018. He was 87 years old.

He died from pneumonia after a lengthy period of illness.

Human started his publishing career at Nasionale Boekhandel in 1954. He was still in his twenties when, together with Leon Rousseau, he founded the publishing house Human & Rousseau. In the 1960s Human & Rousseau became the foremost publisher of literary publications in Afrikaans.

Human was known for honing the publisher’s relationship with its authors to a fine art. He was sometimes called the godfather of the ‘Sestigers’, a sixties group of dissident Afrikaans novelists and poets, including André P Brink, Breyten Breytenbach, Etienne Leroux, Ingrid Jonker and Jan Rabie, who challenged the political status quo and censorship of work that was sexually explicit or otherwise critical of traditional Afrikaner mores.

With Human at the helm, Human & Rousseau focused not only on finely crafted content, but also on the appearance and print quality of books.

Business acumen saw Human persuade SJA de Villiers to allow Human & Rousseau to publish Kook and geniet/Cook and Enjoy, an iconic cookbook that is still in print today, with more than a million copies sold. In 1960, he founded what would eventually become South Africa’s largest and longest-running book club, Leserskring/Leisure Books.

After Human & Rousseau was sold to Nasionale Pers in 1977, Human stayed on as managing director. Upon his retirement in 1994 he became editor of the monthly Afrikaans features magazine Insig.

Human was a father figure and mentor to authors and publishers alike. In the early 1980s, as executive member of the Afrikaans Writers Guild, he played a leading role in improving royalties paid to authors. He was also on the executive of the Publishers Association of South Africa in the 1980s and ’90s.

Koos Human had an encyclopaedic knowledge of music and was a ballet lover. He was a longtime chairman of the music and ballet committee of the Cape Performing Arts Board and also wrote newspaper columns on radio and music.

Eloise Wessels, CEO of NB Publishers, said, ‘Koos Human was a larger-than-life figure whose contribution to the development of the South African publishing industry cannot be praised enough. RIP, Koos, we’ll miss you.’