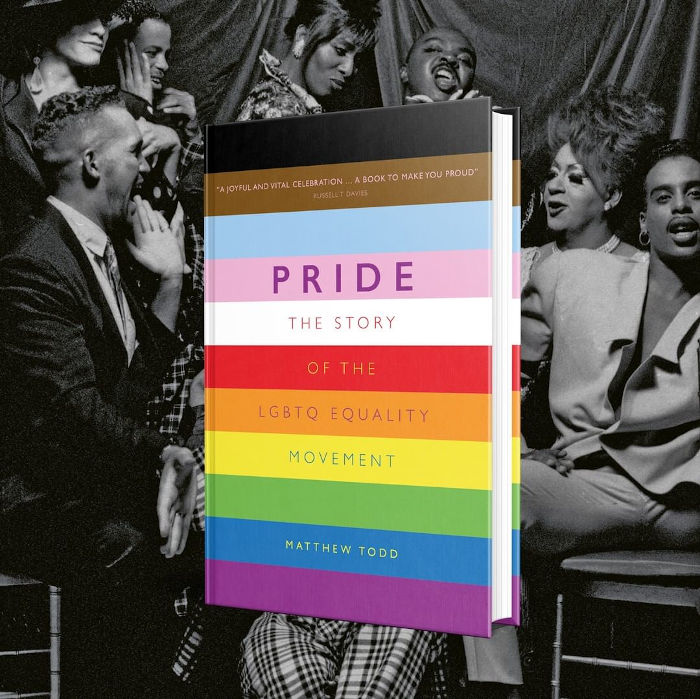 Pride: The Story of the LGBTQ Equality Movement is a unique and comprehensive account of the ongoing challenges facing the gay community, and a celebration of the equal rights that have been won for many as a result of the sacrifices and passion of this mass movement.

In June 1969, police raided New York gay bar the Stonewall Inn. Pride charts the events of that night, the days and nights of rioting that followed, the ensuing organization of local members of the community – and the 50 years since in which activists and ordinary people have dedicated their lives to reversing the global position.

Pride documents the milestones in the fight for LGBTQ equality, from the victories of early activists to the passing of legislation barring discrimination, and the gradual acceptance of the LGBTQ community in politics, sport, culture and the media.

Rare images and documents cover the seminal moments, events and breakthroughs of the movement, while personal testimonies share the voices of key figures on a broad range of topics.

Pride is a unique celebration of LGBTQ culture.

Matthew Todd wrote Straight Jacket (Penguin, 2016), which won Boyz magazine Best LGBT Book of 2017. He is Editor-at-Large of Attitude, the UK’s bestselling gay magazine. In 2016 he secured Prince William as the first time a member of the British Royal Family has featured on the cover of a gay magazine. He reports for the Guardian, Telegraph, Observer and Newsnight.