[Pre-order] Red Road to Freedom: A History of the South African Communist Party 1921-2021 by Tom Lodge
More about the book! 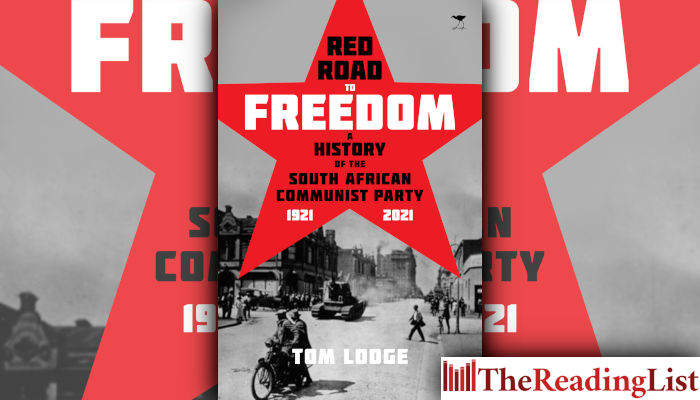 Red Road to Freedom: A History of the South African Communist Party 1921–2021 by Tom Lodge will be out soon from Jacana Media.

This book is the product of many years’ research by Lodge, whose Black Politics in South Africa since 1945 established him as a leading commentator on South African politics, past and present.

Since 1994, many memoirs have been written by communists, and private archives have been donated to university and other collections. Significant official archives have been opened to scrutiny, particularly those of South Africa and the former Soviet Union. It is as if a notoriously secretive body has suddenly become confiding and confessional! While every chapter draws upon original material of this sort, such evidence is supported, amplified, illuminated and challenged by the scholarship of others: the breadth of secondary sources used by the author reflects what may well be an unrivalled familiarity with the scholarly literature on political organisations and resistance in twentieth century South Africa.

Lodge provides a richly detailed history of the Party’s vicissitudes and victories; individuals – their ideas, attitudes and activities – are sensitively located within their context; the text provides a fascinating sociology of the South African left over time. Lodge is adept at making explicit what the key questions and issues are for different periods; and he answers these with analyses and conclusions that are judicious, clearly stated, and meticulously argued. Without doubt, this book will become a central text for students of communism in South Africa, of the Party’s links with Russia and the socialist bloc, and of the Communist Party’s changing relations with African nationalism – before, during and after three decades of exile.

Tom Lodge spent his childhood in Nigeria, Borneo and Britain. He was educated at Sabah College, Bedales School and the University of York. Between 1978 and 2005 he worked at Wits University where he was Professor of Political Studies from 1997. In 2005 he was appointed Professor of Peace and Conflict Studies at the University of Limerick in Ireland. He is the author of several books on South African history including Black Politics in South Africa Since 1945 (1983), Mandela: A Critical Biography (2006) and Sharpeville: An Apartheid Massacre and its Consequences (2011). He is a member of the Royal Irish Academy.