Poli Poli by Barbara Masekela – the story of an extraordinary South African
More about the book! 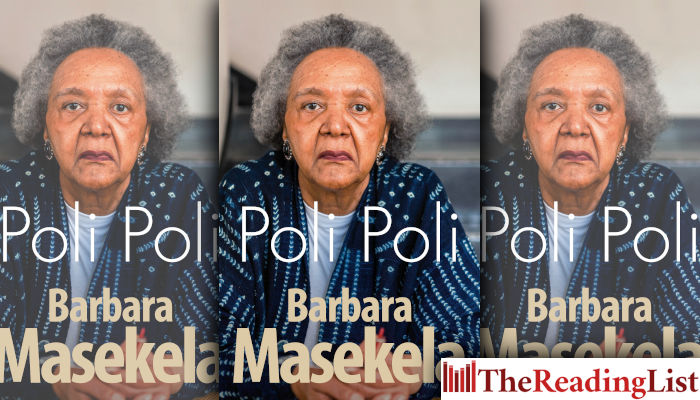 ‘Poli Poli by Barbara Masekela is an adorable book full of childhood thrills and teeming with vignettes of memory retold in brilliant prose. It reminds me of Aké by Wole Soyinka, which in and of itself is high praise indeed.’ – Nuruddin Farah, author of North of Dawn

Poli Poli is a remarkable history that speaks to African identity, close family bonds, belonging, struggle and sacrifice, women’s rights, and femininity, and is written with the lyricism and transporting detail of one of the country’s greatest wordsmiths.

Barbara Masekela powerfully conveys the realities of life under apartheid and illustrates the features and characteristics of life in a coal mining location like KwaGuqa in the forties, Alexandra township in the fifties, and one of the oldest girls-only schools in Kwazulu-Natal, Inanda Seminary.

The memoir follows her grandmother, a beer brewer and seller who lived through the immediate aftermath of the South African War; her professional parents’ hard work and determination at a time when the state worked to shut doors for black people and their efforts to secure opportunities and safety for their children; Barbara’s short university stint in Lesotho and her going into exile to Ghana in 1963.

Poli Poli tells the story of an extraordinary South African and the lesser-known social history of people, families, communities, and places.

Barbara Masekela is a South African poet, educator, mother and activist. She served as ambassador to France and the US and has held various executive and non-executive directorships at companies such as Standard Bank, the SABC and De Beers.