Plague, Pox and Pandemics: A Jacana Pocket History of Epidemics in South Africa – a timely new book from Jacana Media 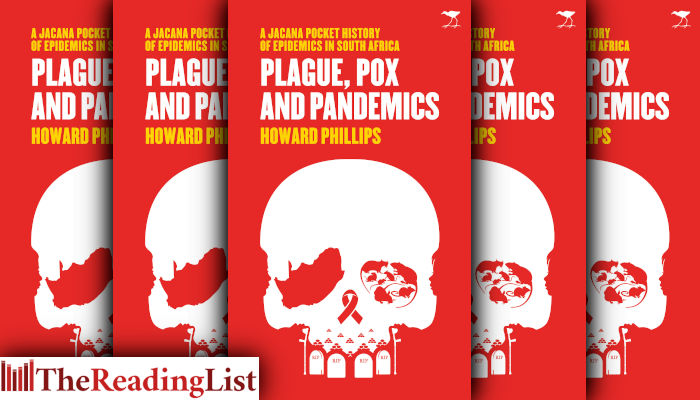 Plague, Pox and Pandemics: A Jacana Pocket History of Epidemics in South Africa by Howard Phillips will be published by Jacana Media in June 2020.

DON’T GET IT WRONG, MR PRESIDENT!

Recently, as part of making the case for the introduction of National Health Insurance, President Ramaphosa stated that, at the time of South Africa’s first epidemic, smallpox, in 1713, emergency supplies were imported from Batavia to treat only the Dutch colonists, ‘leaving the indigenous Khoisan to be decimated by the outbreak’ (‘From the desk of the President’, 24 February 2020’).

If he had read Howard Phillips’s Plague, Pox and Pandemics: A Jacana Pocket History of Epidemics in South Africa, he would not have made such a basic error, for no such medicine to treat smallpox existed then – or ever. It was only the invention of a preventive vaccination over 80 years later that eventually made it possible to eradicate this killer disease once and for all. Moreover, the ‘emergency supplies’ the President referred to, it turns out, were of rice not medicine because of the fear that food would soon be in short supply.

At this time when South Africa once again faces the threat of an epidemic, don’t make the mistake of misunderstanding our dire epidemic history – buy a copy of Plague, Pox and Pandemics at once.

Over the last decades, we have seen more than three dozen new infectious diseases appear, some of which could kill millions of people with one or two unlucky gene mutations or one or two unfavourable environmental changes.

The risks of pandemics only increase as the human population grows; therefore to direct our future we should examine our past.

Howard Phillips provides the first look into the history of epidemics in South Africa, probing lethal episodes which significantly shaped this society over three centuries.

Focusing on devastating diseases such as smallpox, bubonic plague, Spanish influenza, polio and HIV/Aids, Plague, Pox and Pandemics probes their origin, their catastrophic course and their consequences in both the short and long term.

Their impact ranges from the demographic to the political, the social, the economic, the spiritual, the psychological and the cultural. As each of these epidemics occurred at crucial moments in the country’s history – early in European colonisation, in the midst of the mineral revolution, during the South African War and World War I, as industrialisation was getting underway, and within the eras of apartheid and post-apartheid – the book also examines how these processes affected and were affected by the five epidemics, thereby adding important dimensions to an understanding of each.

To those who read this book, South African history will not look the same again.