Penguin Random House statement on new book Gangster State: We will not buckle under political pressure
More about the book! 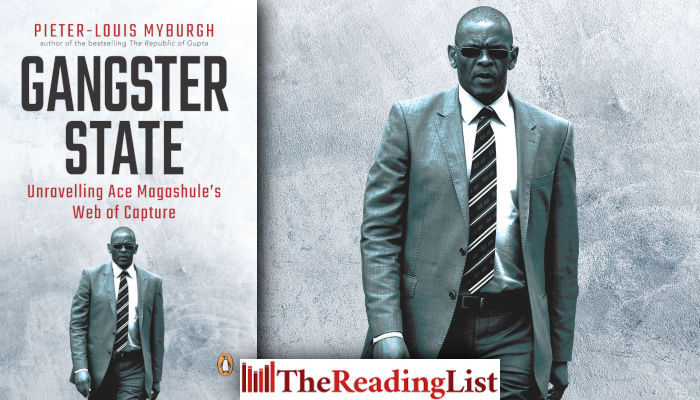 Penguin Random House has released a statement saying they stand by Pieter-Louis Myburgh, the author of Gangster State, and will not withdraw the book despite criticism from the ANC.

The book’s full title is Gangster State: Unravelling Ace Magashule’s Web of Capture, and it is described as an ‘unflinching examination of the ANC’s top leadership in the post-Jacob Zuma era’, linking ANC Secretary-General Ace Magashule to state capture and looting in the Free State government.

After the book was released on Sunday, the ANC released a strongly worded statement slamming media coverage of the book, and calling the book ‘fake news’ and a ‘highly personalised and vicious attack’ on Magashule.

That there has been no attempt to substantively refute the allegations in the book speaks volumes. The ANC has recently stated that it will act in the public interest, and hold leaders who loot accountable for their actions. This is a chance to turn words into deeds.

We further note Mr Magashule’s threats to pursue legal action over the contents of the book. We will oppose any legal action that seeks to hide essential facts from South Africans about how our government is really being run. It is important that individuals and organisations are not intimidated by powerful people with deep pockets who cannot tolerate these truths being laid bare.

Whatever the ANC and Mr Magashule decide, Penguin Random House stands by the book and its author.

Gangster State was meticulously researched and thoroughly checked by our legal team. The book tells an important part of the state capture story clearly and compellingly. We will not withdraw it – or any of its contents – under political pressure.