Out now! Activate Beast mode with Tendai Mtawarira’s memoir
More about the book! 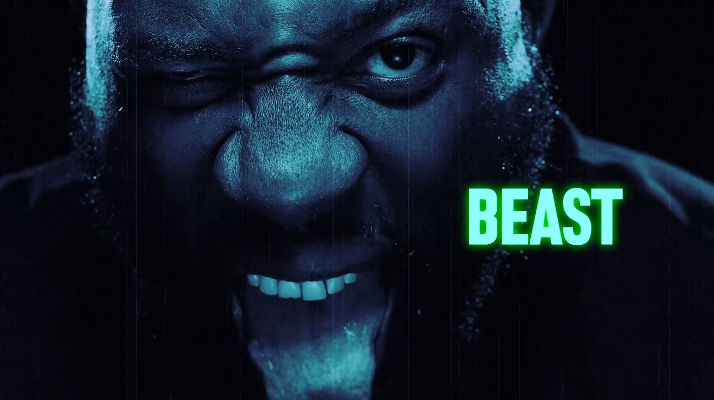 ‘My name is Tendai, which in the Shona language means “Be thankful to God”, but you can call me Beast.’

This November, activate Beast mode with Tendai Mtawarira and Andy Capostagno. Get your copy today! 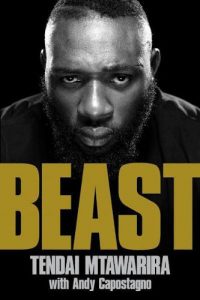 Beast is the long awaited biography of  the most capped prop in Springbok history. Written by journalist and SuperSport commentator Andy Capostagno, Beast tells the story of an extraordinary career.

In Beast, read how a rugby loving, primary school coach persuaded young Tendai to abandon life as a soccer goalkeeper and switch to the oval ball. Learn how the game helped him deal with anger management. Marvel at the dedication required to push his body to the limits of physical endurance. Share his delight at the moments when his talent took him far beyond the imagination of his own family.

‘In all my research and interviews one thing stands out above all else: no one has a bad word to say about Beast. He is universally respected as a rugby player and admired as a human being.’ – Andy Capostagno

Beast is the story of how a humble man from Zimbabwe has become a rugby icon.

Read Andy Capostagno’s comments on the writing of the book:

When Beast approached me to write his biography I had little conception of the journey it would take me on. 2018 season was the busiest of Beast’s career. First the Sharks honoured him by dedicating their entire Super Rugby campaign to him, playing in ‘Beast 144’ jerseys. Then, when the Springbok season got underway, he had to scrum with the media as he won his 100th cap during the second test against England in Bloemfontein. During the Rugby Championship, he injured his neck against New Zealand and was ruled out of the end of season tour.

From the perspective of writing the book, this should have been a godsend, since Beast would now be available to answer my questions. But instead of putting his feet up while waiting for the injury to heal, Beast started preparing seriously for life after rugby, basing himself at the Fidelity Security offices in Johannesburg for three months of intensive, on-the-job training.

While writing the book I travelled to the family home on the KZN north coast to interview his wife, Koo, and Beast’s delightful parents, Felix and Bertha. At Kings Park, Dick Muir told me about his decision to convert Beast to prop. On the phone from Fish Hoek, Beast’s rugby master, Paul Davies, filled me in on the Peterhouse connection. A host of great players shared stories of the man, including John Smit, Jean De Villiers and Odwa Ndungane.

Most importantly, Oregan Hoskins, former president of the South African Rugby Union (SARU), told me the behind the scenes story of how Beast was hounded out of the Springbok team by grandstanding politicians.

Then there were the long nights searching the internet for information, correlating the public record with private assertions, correcting a sometimes faulty memory, adding lustre to a story, discovering things that Beast had forgotten.

As for the man himself, Beast spoke eloquently about his life and career, so much so that the shape of the book dropped rapidly into place. It would be a first person narrative with occasional authorial interventions to fill in the bigger picture. We met in hotel rooms, apartments, coffee shops and the two places he lives most of his life; home and Kings Park.

I learned quickly that we needed to be out of the public eye, because everyone – and I do mean everyone – wants to have their picture taken with Beast. If you want to know about the ubiquity of the Zimbabwean Diaspora, drop Beast into a coffee shop and wait.

It is testament to the character of the man that no one has a bad word to say about him, and we will only really know the massive debt owed to Beast by the Sharks and Springboks when we wake up, one day soon, to find he is retired.

Video: The addictive new thriller from the bestselling author of The Girl on the Train