Out early September – Stephan Hofstatter’s Licence to Loot: How the Plunder of Eskom and Other Parastatals Almost Sank South Africa
More about the book! 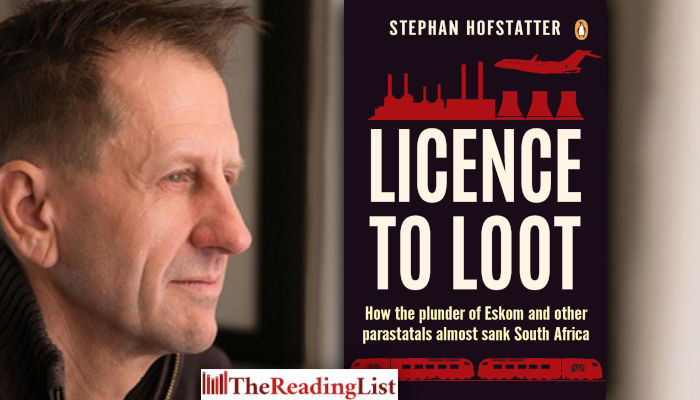 Award-winning journalist Stephan Hofstatter’s hard-hitting investigation Licence to Loot: How the Plunder of Eskom and Other Parastatals Almost Sank South Africa is out in September from Penguin Random House.

Licence to Loot traces the genesis of the Eskom looting spree and explores how the Gupta family extracted billions in suspected kickbacks from state contracts and scored hugely inflated coal contracts from backroom deals.

It also examines how Eskom’s top brass enriched themselves and their families at the power utility’s expense.

Licence to Loot delves into the secrets of the fixers, deal makers and bribe masters behind this epic pillaging of the public purse, and maps out the intricate network of executives, board members and cabinet ministers who facilitated it.

From clandestine meetings in London hotel rooms and visits to African dictators, to offshore tax havens, shell companies and private jets worth millions of dollars – not to mention a secret Dubai bolthole fit for a fleeing president – this book lifts the lid on a complex looting scheme that almost sank the South African economy.