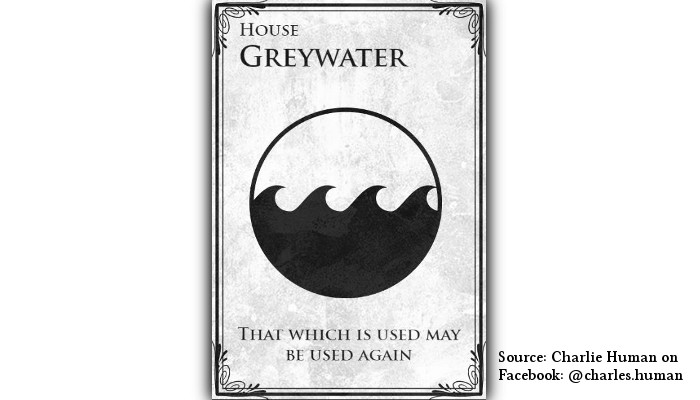 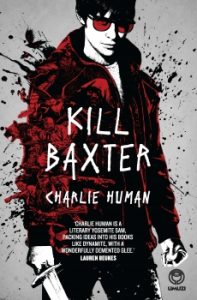 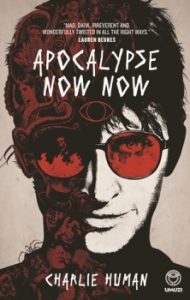 Human is the author of the urban fantasy novels Apocalypse Now Now (which has been made into an awesome short film) and Kill Baxter, and is currently working on his third novel.

While taking a well-earned procrastination break, Human drew up an image inspired by the houses from the Game of Thrones series. Capetonians may believe they belong to House Baratheon, House Greyjoy or House Stark, but according to Human, they are the Droughtborn, from House Greywater, with the motto: ‘That which is used may be used again.’

As he writes, the great beast Dayzero is approaching:

We are the Droughtborn. Not like those weak fools from the rainlands who lie and wallow in their drinking water. We indulge not in petty flushing nor vainglorious cleaning. Am I so insecure that I need to be patted on the head nightly by the warm hand of the shower?

The great beast Dayzero has mirrors for eyes and its only power is to reflect what we do. Let the rainlanders indulge their weaknesses and become soft. Bucket by bucket we become stronger.

Of course, the water crisis is very real. Click here for tips on how to save this precious resource.

We are the Droughtborn. Not like those weak fools from the rainlands who lie and wallow in their drinking water. We…