New from Minimal Press: Ingrid Jonker – Waterfall of Moss and Sun
More about the book! 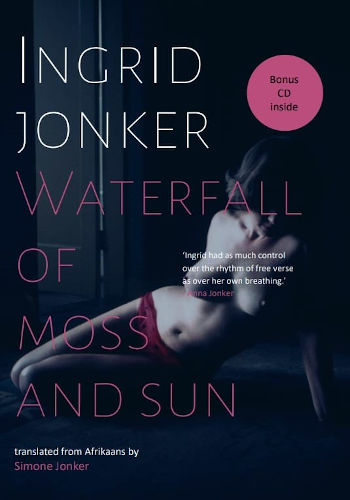 Ingrid Jonker (1933–1965) was an Afrikaans author and poet. Interest in Jonker’s works during her short tragic life became much greater after her death than when she lived.

Only three volumes of poetry and prose and one play were ever published: Ontvlugting/Escape (1956), Rook en Oker/Smoke and Ochre (1963), and Kantelson/Tilting Sun (1966).

It was her short, pure lyrical poems of love, and longing, especially her brilliant political mind, combined with a powerful use of words in Rook en Oker/Smoke and Ochre, that secured her a permanent place in the literary world.

In her posthumously published Kantelson/Tilting Sun it was the darker side of Jonker’s personal life that spoke to people.

After Nelson Mandela recited her poem ‘The child that was shot dead by Soldiers in Nyanga’ in 1994, her poems were taken up by well-known South African musicians and set to music. Many plays, documentaries, and films have appeared honouring Jonker as the darling of South African poetry.