New edition: Some Afrikaners Photographed by David Goldblatt, with essays by Antjie Krog and Ivor Powell
More about the book! 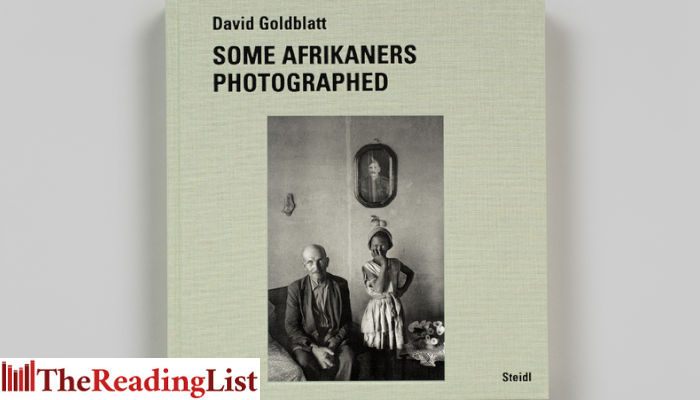 ‘An old man sits for me. A black child comes and stands next to him, looking at me with curiosity. The man turns and says to the child, ‘Yes, what are you doing here, you black rubbish?’ the insult meant and yet said with affection. How is this possible? I don’t know. But the contradiction was eloquent of much that I found in the relationship between rural and working-class Afrikaners and their black workers: an often comfortable, affectionate, even physical intimacy seldom seen in the liberal circles in which I moved, and yet, simultaneously, a deep contempt and fear of black people.’ – David Goldblatt

David Goldblatt began working on Some Afrikaners Photographed, first published in 1975, in 1963.

He had sold his father’s clothing store where he worked, and become a full-time photographer. The ruling Afrikaner National Party was firming its grip on the country in the face of black resistance. Many of its leaders and members had supported the Nazis in the Second World War. Yet Goldblatt was drawn not to the events of the time but to the quiet and commonplace where nothing happened and yet all was contained and immanent.

Through these photos, he explored his ambivalence towards the Afrikaners he knew from his father’s store. Most, he guessed, were National Party voters, yet he experienced them as ‘austere, upright, unaffected people of rare generosity of spirit and earthy humour’. Their potency and contradictions moved and disturbed him; their influence pervaded his life.

‘Three kinds of Afrikaners look out at us from these photographs,’ she writes, ‘of which the poor Afrikaner is the most haunting; the simple one who, by the sweat of his brow, eats his bread in isolation.’

Art critic Ivor Powell charts the outraged reaction of the Afrikaner media towards photos that showed rural Afrikaners at a time when the Afrikaner elite was trying to establish itself on the international stage, as well as his own reaction to the original book:

‘It was all but incandescent with tension and revelation, with a sense of souls being held up to scrutiny, of skins being peeled away.’

David Goldblatt (1930–2018) was a South African photographer renowned for documenting his homeland during and after apartheid. He created landmark visual essays that explored diverse subjects united by his primary concern: the values with which South Africans shaped their world and their expression in its landscapes. Widely exhibited and collected by museums including the Museum of Modern Art in New York and the Centre Pompidou in Paris, Goldblatt published over 20 books and won the HCB and Hasselblad Awards. Goldblatt’s books with Steidl include On the Mines (2012), The Transported of KwaNdebele (2013) and Structures of Dominion and Democracy (2018).