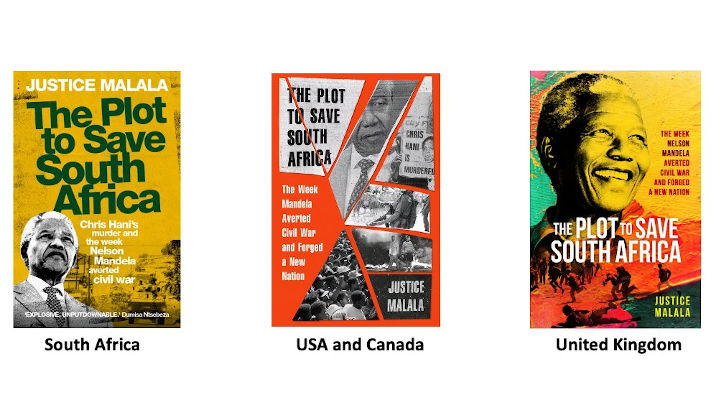 The Plot to Save South Africa: Chris Hani’s Murder and the Week Nelson Mandela Averted Civil War by Justice Malala will be out in April from Jonathan Ball Publishers!

The Plot to Save South Africa is a riveting, kaleidoscopic account of nine tumultuous days, as the assassination of Nelson Mandela’s protégé by a white supremacist threatened to derail South Africa’s democratic transition and plunge the nation into civil war.

Johannesburg, Easter weekend, 1993. Nelson Mandela has been free for three years and is in power sharing talks with President FW de Klerk when a white supremacist shoots the Black leader’s popular young heir apparent, Chris Hani, in hopes of igniting an all-out war. Will he succeed in plunging South Africa into chaos, safeguarding apartheid for perhaps years to come?

In The Plot to Save South Africa, acclaimed South African journalist Justice Malala recounts the gripping story of the next nine days, as the government and Mandela’s ANC seek desperately to restore the peace and root out just how far up into the country’s leadership the far-right plot goes.

Told from the points of view of over a dozen characters on all sides of the conflict, Malala offers an illuminating look at successful leadership in action and a terrifying reminder of just how close a country we think of today as a model for racial reconciliation came to civil war.

Pleased to announce that 'The Plot To Save South Africa' is out on April 4, 2023, in the US, South Africa, Canada, and the UK.
"Relevant, compelling, and instructive." – Booklist (starred review)
Pre-order here, please: https://t.co/AvlZFoxIKV pic.twitter.com/B0WtnTL6dC

‘This is a dramatic work of history, prodigiously reported and beautifully crafted. Justice Malala is a first-rate storyteller, deftly weaving history with a narrative that reads like a novel. I couldn’t put it down.’ – Jonathan Eig, New York Times bestselling author of Ali: A Life

‘Fast-paced, gripping, and expertly crafted, this book reads like a political thriller. A brilliant, moving, and extraordinary account of nine days that shaped a country and a continent, with the entire world looking on.’ – Toluse Olorunnipa, coauthor of His Name Is George Floyd

‘Magnificent, furious, nuanced, and un-put-downable. Malala steers us through the hatred, the grief, and the courage that shaped one nation-shaking week. The result is a searing thriller, a deeply moving work of investigative journalism, and a mesmerising reminder of what leadership can achieve—and what South Africa almost squandered.’ – Andrew Harding, prize-winning author of The Mayor of Mogadishu

Justice Malala is one of South Africa’s foremost political commentators and the author of the #1 bestseller We Have Now Begun Our Descent: How to Stop South Africa Losing its Way. A longtime weekly columnist for The Times (South Africa), his work has also appeared in The Washington Post, The Wall Street Journal, The Guardian, and Financial Times, among other outlets. The former publisher of The Sowetan and Sunday World, he now lives in Los Angeles.