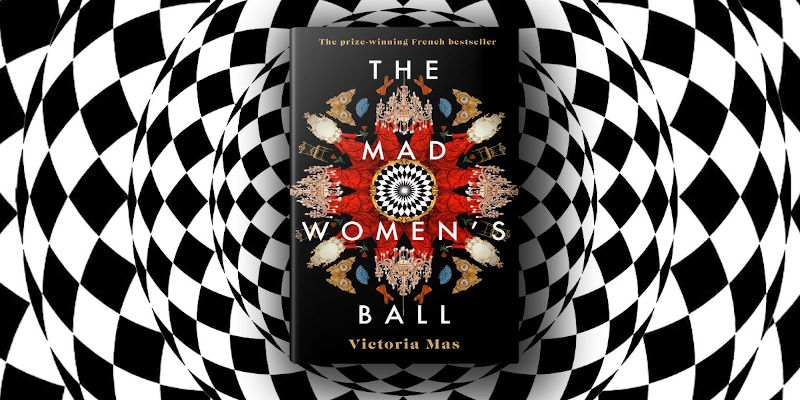 The Mad Women’s Ball by Victoria Mas – is out now from Penguin Random House SA!

The Mad Women’s Ball, Victoria Mas’s first novel, has won several prizes in France and been hailed as the bestselling debut of the season. She has worked in film in the United States, where she lived for eight years. She is the daughter of the singer Jeanne Mas.

‘A beautifully written debut … I have absolutely no doubt it will be one of my favourite novels of 2021.’ – AJ Pearse, author of Dear Mrs Bird

The Salpêtrière asylum, 1885. All of Paris is in thrall to Doctor Charcot and his displays of hypnotism on women who have been deemed mad or hysterical, outcasts from society. But the truth is much more complicated – for these women are often simply inconvenient, unwanted wives or strong-willed daughters. Once a year a grand ball is held at the hospital. For the Parisian elite, the Mad Women’s Ball is the highlight of the social season; for the women themselves, it is a rare moment of hope.

Geneviève is a senior nurse. After the childhood death of her sister, she has shunned religion and placed her faith in Doctor Charcot and his new science. But everything begins to change when she meets Eugénie, the 19-year-old daughter of a bourgeois family. Because Eugénie has a secret, and she needs Geneviève’s help. Their fates will collide on the night of the Mad Women’s Ball …