New book alert! The Cape Raider by Justin Fox – an Allied–Nazi showdown in the icy South Atlantic
More about the book! 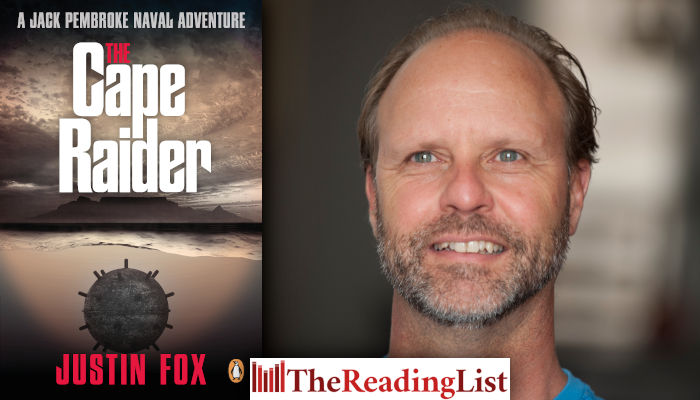 The Cape Raider by Justin Fox is out in April 2020 from Penguin Random House SA.

Jack Pembroke is thrust from a London desk job into the jaws of World War II. As a young naval officer, he sees his ship sunk under him at Dunkirk, an event that leaves him defeated.

After recovering in London, Jack sails for South Africa to join his admiral father at the Cape where a fledgling naval force is preparing to fight the coming onslaught of German raiders and U-boats in the South Atlantic. Jack is appointed commander of a small minesweeping flotilla – an inept bunch of South African sailors who distrust this foreign captain forced upon them – and must quickly mould them into a fighting unit.

Justin Fox is a novelist, travel writer and author of 20 books, based in Cape Town, South Africa. Justin was a Rhodes Scholar and received a doctorate in English from Oxford University after which he was a research fellow at the University of Cape Town, where he taught part time for two decades. His articles and photographs have appeared internationally in numerous publications and on a wide range of topics, while his short stories and poems have appeared in various anthologies. Justin is a two-time Mondi journalism award winner (1999 and 2004). His books have been published in South Africa, the USA, UK, Holland and France. Recent works include The Marginal Safari (2010), Whoever Fears the Sea (2014) and The Impossible Five (2015). His latest novel, The Cape Raider (2021), is a World War II adventure set in South Africa.

New book alert! The Profiler Diaries: From the Case Files of a Police Psychologist by Gérard Labuschagne