New book alert! Susan Newham-Blake’s As if Born to You – a story of secrets, trauma and finding healing in unexpected places
More about the book! 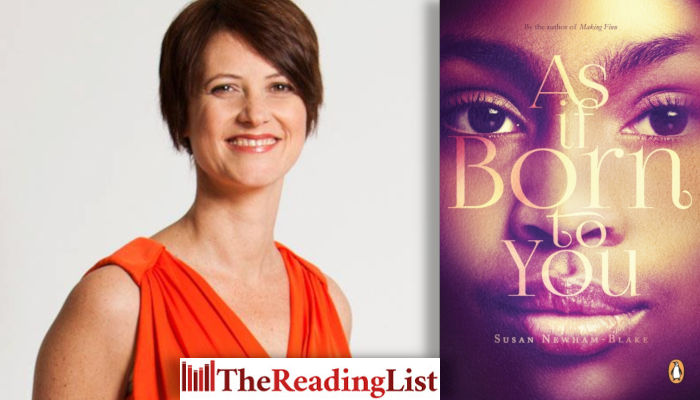 As if Born to You, the new novel by Susan Newham-Blake, the author of Making Finn, is out now from Penguin Random House.

When 13-year-old Zuri begins cutting herself, psychologist Ana is called in to help. Is the troubled girl trying to relieve the tension of being black in a predominantly white private school? And how healthy is Zuri’s relationship with Helen, the white single mom who adopted her?

Struggling to soften Zuri’s defences during the course of the therapy, Ana must piece together the puzzles of both Helen and her daughter, including the truth of what happened to Zuri’s biological mother.

But reckless, alcoholic Ana carries within her an old trauma of her own.

In Susan Newham-Blake’s moving novel As if Born to You, two women, equally damaged by the past and its secrets, discover that healing sometimes lies in unexpected places.

Born in Johannesburg, Susan Newham-Blake has lived and worked as a writer and editor in South Africa, England and Thailand where she has had numerous articles published in magazines. She currently works as a director of a content marketing agency in Cape Town. Her debut work of non-fiction, Making Finn, was published in 2013. She lives in Cape Town with her three children.