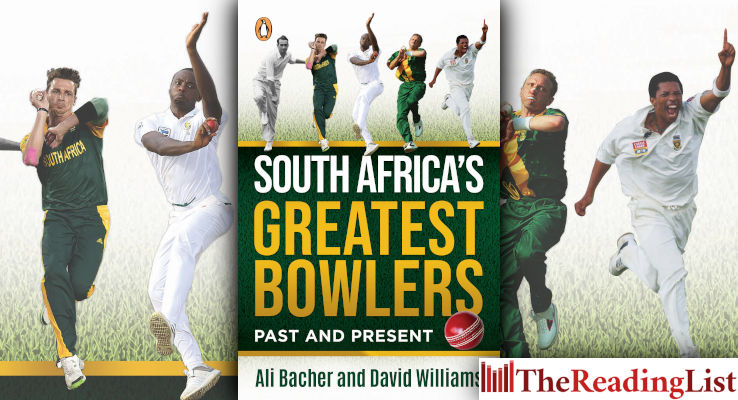 South Africa’s Greatest Bowlers: Past and Present – written by cricket legend Ali Bacher and top journalist David Williams, this is a book that no cricket fan can be without.

Who are South Africa’s greatest bowlers?

The South African cricket team has always had a formidable bowling attack, feared by batsmen around the world. Kagiso Rabada appears near the top of the recent ICC rankings, and previous teams and generations have included their own legends. But who are the greatest of them all?

Following the success of their books on all-rounders and batsmen, Ali Bacher and David Williams now turn their attention to South Africa’s top bowlers. The book features early legends such as Hugh Tayfield, Neil Adcock and Peter Pollock; post-isolation stars Allan Donald, Fanie de Villiers, Makhaya Ntini and Paul Adams; and recent speedsters Morne Morkel, Dale Steyn, Vernon Philander and Kagiso Rabada. It also considers players who, but for apartheid, might have been their equals.

South Africa’s Greatest Bowlers provides fascinating insights into each man’s background and career, their technique and their main achievements.

Based on new interviews, the book will take the reader down memory lane as former and current players reminisce about their most important matches, the opponents they loved and hated bowling to, and the teammates they most respected.