New book alert! In My Life: Stories From Young Activists in South Africa 2002–2022 (Plus: Book launch details)
More about the book! 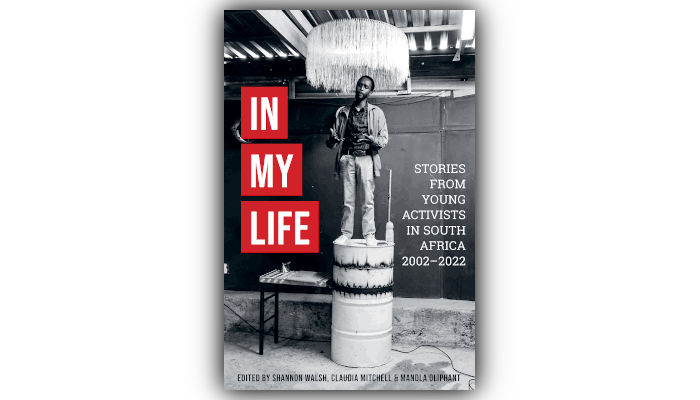 In My Life: Stories From Young Activists in South Africa 2002–2022 is forthcoming in December from Jacana Media.

Edited by Shannon Walsh, Claudia Mitchell and Mandla Oliphant, this collection of captivating life stories told by young Aids activists from Khayelitsha and Atlantis is a first for South Africa.

Initially brought together for an educational HIV-prevention programme in Cape Town in 2002, we follow their inspiring and harrowing journeys, as they move from hopeful and passionate teen activists, through the tragedies and triumphs of transitioning to adulthood.

‘Together these [stories] give the collection an almost breathtaking force.’ – Gabeba Baderoon, author of Regarding Muslims: From Slavery to Post-Apartheid and The History of Intimacy

‘It is a stunning exposition of ethnography-of-(e)motion as the South African transition dead-ends at the top and ignites from below.’ – Ashwin Desai, author of We are the Poors: Community Struggles in Post-Apartheid South Africa and Inside Indian Indenture

The early 2000s were still a time of optimism and exuberance in newly democratic South Africa. Transformations were afoot, and there was a courageous desire for change, even with the stark realities of HIV and Aids-related illnesses looming. At the 13th International Aids Conference in Durban in 2000, Nkosi Johnson, aged 11, took the stage to give an impassioned speech emphasizing the importance of young people in responding to the Aids pandemic. His call heralded an explosion of youth-focused initiatives, including the project that started this book. In My Life follows the paths of a group of racially diverse young Aids activists from Khayelitsha and Atlantis, first brought together as part of an educational HIV-prevention programme in Cape Town in 2002.

Over the next 20 years, we follow their inspiring and harrowing journeys, as they move from hopeful and passionate teen activists, through the tragedies and triumphs of transitioning to adulthood. With candour, they tell stories of hardships and loss, mental health issues, grief and violence, but also of personal transformations, love, friendship, artistic achievements, community connection and thrilling social justice wins. Connected to each other, and to their communities, their stories provide a glimpse into the long tale of activism and of educational work, forever asking the question: what difference does it make.

As the early post-apartheid enthusiasm and activism transformed and changed, stories have been a place where one could find solace and refuge, or find ways to be connected again. The stories in In My Life reflect the shifting times and context in South Africa, the transformation of the country and the complicated life stories of everyday life in the cracks of those who are artists, writers, creators, activists, researchers, teachers and many other things in between and beyond.

Jacana Media would like to invite you the the launches of In My Life in Cape Town and Durban: 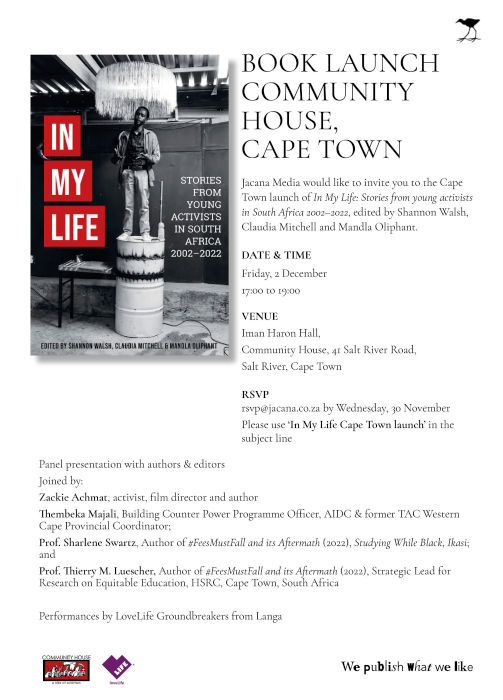 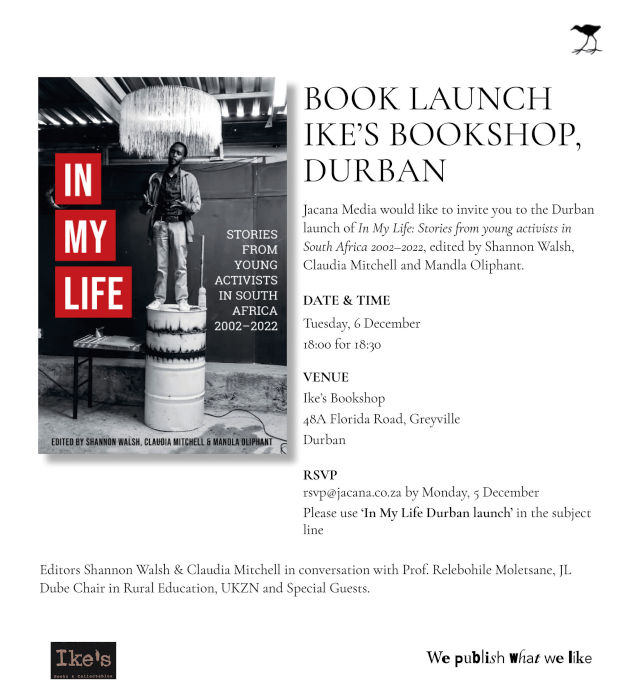