New book alert! Christopher, the debut novel by Nozuko Siyotula, second runner-up in the 2020 Dinaane Award
More about the book! 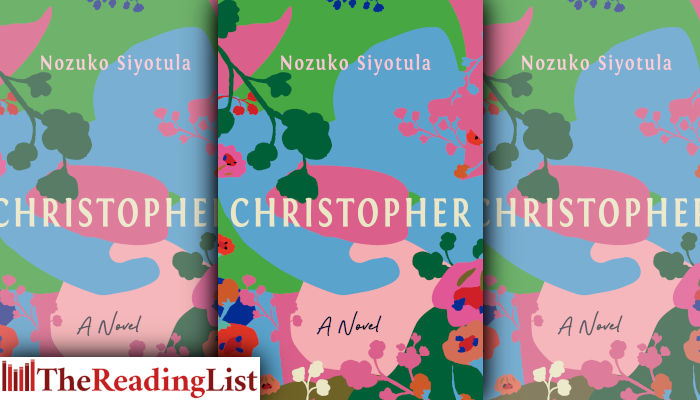 Christopher by Nozuko Siyotula, second runner-up in the 2020 Dinaane Debut Fiction Award, is now available for pre-order from Jacana Media.

‘The vast crowd that line the beflagged route to the Kremlin was, as in New York, friendly and cheering. “Welcome, Otherworld Visitors to the Land of Socialism!” spelt out the banners, in big Cyrillic letters. “For Universal Peace and Free Scientific Exchanges!” The chairman of the Supreme Soviet, Noriskin, followed closely along the pattern set by Dr Faradien when he introduced Rogard. And Rogard’s message of peace and goodwill, expressed in flawless Russian, once again met with loud and enthusiastic applause.’

Christopher follows an extraordinary family – the January-Miyas, with their fabled strong-willed women – sequentially through several generations. All the characters straddle many worlds which come to shape their existence in the world, starting in the present with Vuyo, the narrator, who is a contemporary young woman; her mother Nontsikelelo, a language professor; and Romance, Nontsikelelo’s older sister, a domestic worker.

Vuyo returns to the area where her family origins lie, pregnant with twins, and mourning the drowning death of her husband, Christopher, a transplanted Scot, by drowning. From Vuyo we move back up the rungs of the family tree to learn of the family’s stronghold on the communities around them established by the patriarch of the family; the challenges of authentic existence in volatile spaces and how each member of the family overcomes their common but varied search to be at peace.

To deal with their loss, the family member’s journey in reconciling with how to exist in an ever-changing country that is only coming to terms with the multiplicity associated with identity; the misrepresented or untold corners of truth of some histories of people in South Africa and the complexity of evolving as a person who is influenced by many truths.

Nozuko Siyotula studied law and is currently serving as a diplomat abroad. She is primarily interested in understanding the intricacies of the dance between narratives of healing and forgiveness in a society that is only just beginning to address the complexities that accompany a burdened past. Christopher, her debut novel, was the second runner-up of the Dinaane Debut Fiction Award 2020.

Join Andrew Pike for the launches of Against All Odds: The Epic Story of the Oceanos Rescue, a gripping account of SA’s biggest maritime investigation (26 Aug–3 Sep)