Mediocre: The Dangerous Legacy of White Male Power by Ijeoma Oluo – an ambitious survey of the last century of American history
More about the book! 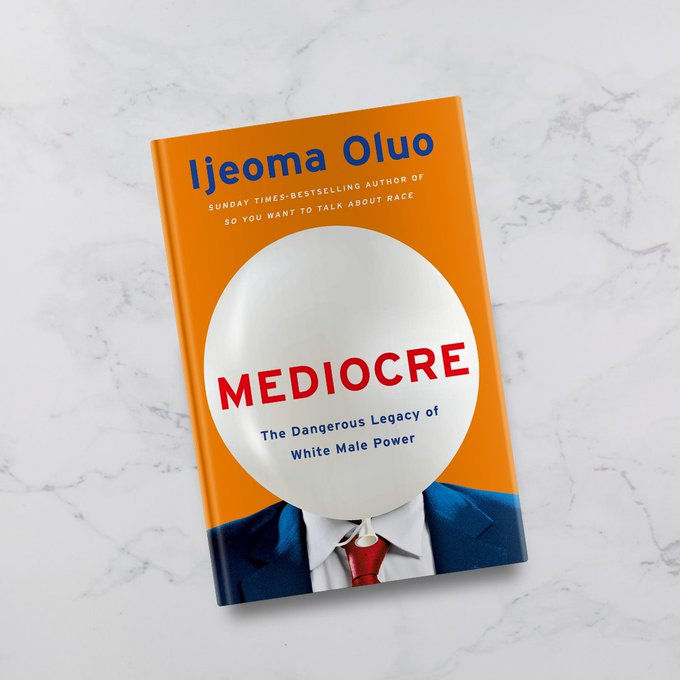 What happens to a country that tells generation after generation of white men that they deserve power? What happens when success is defined by status over women and people of colour, instead of actual accomplishments?

Mediocre: The Dangerous Legacy of White Male Power by Ijeoma Oluo is out now from Jonathan Ball Publishers.

From the author of the Sunday Times and number 1 New York Times bestseller So You Want to Talk About Race, a subversive history of white male American identity.

‘Deftly combines history and sociological study with personal narrative, and the result is both uncomfortable and illuminating.’ – Washington Post

‘Ijeoma’s sharp yet accessible writing about the American racial landscape made her 2018 book So You Want to Talk About Race an invaluable resource … Mediocre builds on this exemplary work, homing in on the role of white patriarchy in creating and upholding a system built to disenfranchise anyone who isn’t a white male.’ – TIME

Through the last 150 years of American history — from the post-Reconstruction South and the mythic stories of cowboys, to the present-day controversy over NFL protests and the backlash against the rise of women in politics — Ijeoma Oluo exposes the devastating consequences of white male supremacy on women, people of colour, and white men themselves.

As provocative as it is essential, Mediocre investigates the real costs of white male power in order to imagine a new white male identity, one free from racism and sexism.

Ijeoma Oluo is the author of Sunday Times and New York Times bestseller So You Want to Talk About Race. Her work on race has been featured in Guardian, New York Times and the Washington Post. She received the 2018 Feminist Humanist Award from the American Humanist Association. She lives in Seattle, Washington.

Develop a more trusting, healthy relationship with food and your body with Just Eat It by Laura Thomas