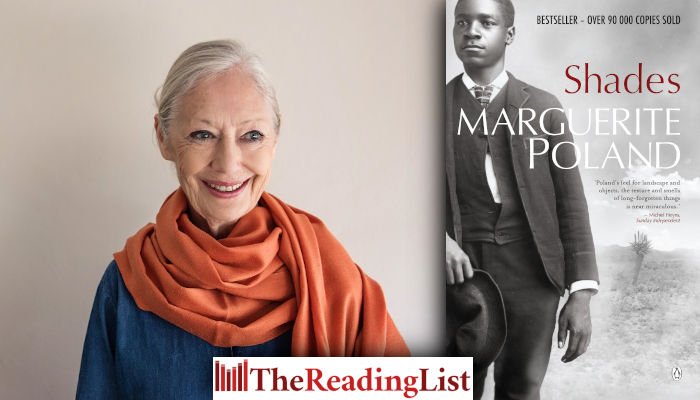 Shades, the bestselling novel by doyenne of South African historical fiction Marguerite Poland, has been chosen as the winner of the C21 US Series Copro Digital Pitch competition.

The competition is designed to uncover the best new scripted series from the US looking for international finance and partners.

‘I would have danced on the table,’ an exhilarated Poland said of the news, ‘but it is older than me!’

Shades beat off competition from 12 other potential shows in the final, featuring drama and comedy projects from producers and showrunners from the US and across the world.

The 12 successful pitches were reviewed by a panel of industry judges who looked for audience appeal, how well the projects had been developed and planned, and the strength of the team behind it.

The Shades pitch was co-ordinated by Libby Dougmgherty and The Bomb Shelter, a film and television production company based in Johannesburg.

Dougherty is the writer/producer for the project, with associate producer Nomzamo Mbatha. Angus Gibson is the director while Desireé Markgraaff will be the executive producer.

The judges felt that Shades was ‘fresh, compelling, modern and delivered a provocative approach to a period piece, featuring flawed, fascinating and deeply human characters with whom the audience will empathise.’

They were also ‘very impressed with the highly experienced team behind the project who provide an organic diversity of perspectives’, according to the website C21Media.

The project will now receive a marketing package through C21Media worth £10,000 (about R200,000) to support development and pre-sales of the show.

Against a backdrop of drought, the rinderpest pandemic, the South African War, the burgeoning gold-mining industry and the complex birth of the exploitative system of recruiting migrant labour, Shades explores the growing tensions between cultures in South Africa at the turn of the twentieth century and the deepening awareness of the black mission-educated elite, empowered by the printing press, of the need to articulate their political and spiritual beliefs.

Set within the microcosm of an isolated Eastern Cape mission, Shades is not only a love story and the chronicle of a family but a sensitive and perceptive insight into the country’s wider conflicts.

It explores the slow but inexorable destruction of the fabric of a community, the assault on its traditions and the struggle to reconcile two faiths: the Christian and the traditional beliefs of the amaXhosa in their ancestral shades. It is the story of those far-sighted enough to seek convergence and those destined to undermine its wisdom. Primarily, Shades is an intimate tale of love, friendship, acceptance and profound loss: of life, of faith and of belonging.