Jonathan Ball Publishing Director Jeremy Boraine talks about publishing Slabbert: Man on a Mission – a book that is particularly special to him
More about the book! 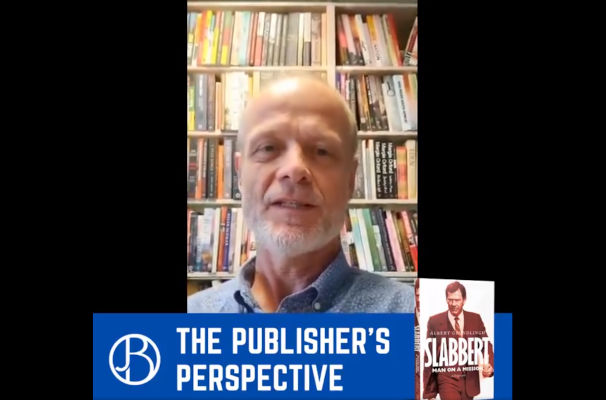 Slabbert: Man on a Mission by Albert Grundlingh is out in February from Jonathan Ball Publishers.

Grundlingh’s penetrating biographical study of Frederik van Zyl Slabbert offers sharp insights into the thinking and motivation of a most unlikely politician.

Scroll down for more about the book.

Frederik van Zyl Slabbert was always a man on a mission, whether as an academic, opposition politician, democratic facilitator or businessman. Perhaps it was the product of his restless, probing intellect, or his early ambition to become a dominee in the Dutch Reformed Church. When he famously led a delegation of leading Afrikaners to Dakar in 1987 to meet the exiled ANC, many saw it as a breakthrough moment, while others felt he had been taken in. And yet his reputation – for honesty, integrity, wit and courage – still towers above many of his contemporaries. Slabbert was always different.

As an academic turned politician, the charismatic Slabbert brought unusual intellectual rigour to Parliament, transforming the upstart Progressive Federal Party into a force that could challenge the National Party government. Disillusioned by the paralysis of formal white politics, and by the growing polarisation of South African society, he resigned in 1986 to explore democratic alternatives to the impasse into which the country had been led under apartheid. Largely sidelined during the democratic transition, he continued to pursue a broad range of initiatives aimed at building democracy, empowering black South Africans and transforming the economy.

Albert Grundlingh’s penetrating biographical study offers sharp insights into the thinking and motivation of this most unlikely politician. Concise but wide-ranging, Slabbert: Man on a Mission provides new perspectives on a figure who even today remains something of an enigma.

Professor Albert Grundlingh holds a doctorate from the University of South Africa and was the Head of the History Department at Stellenbosch University. He is the author, co-author and editor of a number of books, and has published numerous articles in international academic journals. He specialises in social and cultural history with a particular interest in war and society. His major works deal with the so-called ‘Handsuppers’ and ‘Joiners’ during the Anglo-Boer War of 1899–1902, and black South African troops during World War I. He is also the co-author of a book on the history of rugby in South African society. He retired in 2018.