Join Fred Khumalo for the Durban launch of his new novel The Longest March (17 Oct)
More about the book! 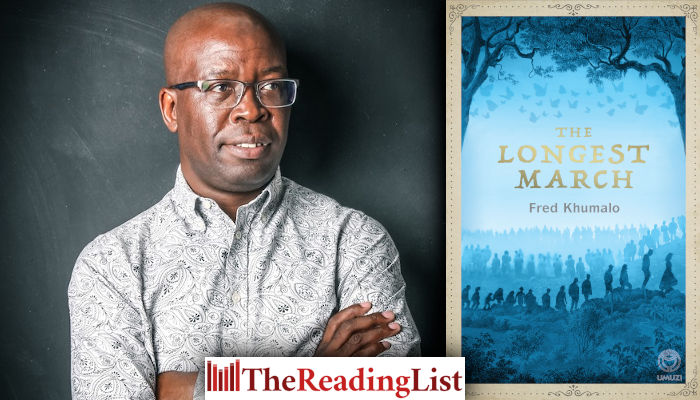 Penguin Random House and Exclusive Books invite you to the launch of The Longest March by Fred Khumalo.

‘When you see him, you will readily believe that he eats oven-baked bricks for breakfast. And washes them down with lead soup. To pick his teeth, only a garden fork will do. When he looks at a woman passing by, that woman is sure to experience five explosive orgasms. In less than two minutes. If he stares at her hard enough, she will fall pregnant. And deliver triplets. Three months after conception. His name means ‘the One Who Shakes Hands with a Leopard’. Xhawulengweni.’

Fred will be in conversation with Darryl Earl David at the launch!

120 years ago, 7000 Zulu mineworkers walked from the gold mines in Johannesburg to Natal, covering a distance of 500 kilometres over 10 days. This journey was their longest march.

Over perilous terrain – sleeping in the open, being attacked by wild animals and harassed by armed white farmers – Nduku and Philippa and seven thousand others walk.

Set during an incredible event in South African history, Fred Khumalo’s new novel is a tale of heady determination, and a tribute to the perseverance and courage of ordinary men and women when faced with extraordinary circumstances.