‘It’s pleasant to pretend that men don’t rape children’ – Deon Wiggett uncovers a culture of complicity in My Only Story: The Hunt for a Serial Paedophile
More about the book! 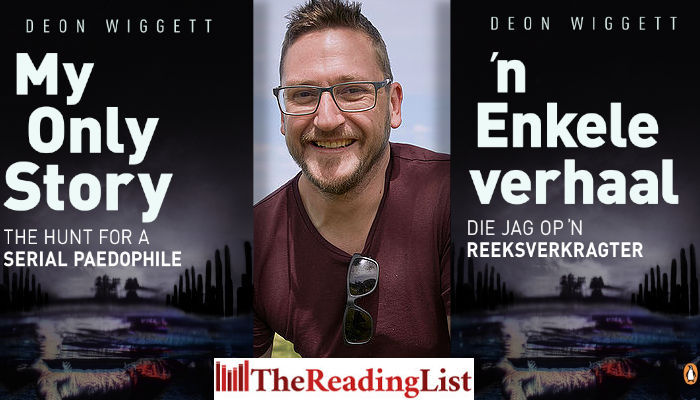 Johannesburg-based copywriter Deon Wiggett’s explosive exposé on predator Willem Breytenbach, My Only Story: The Hunt for a Serial Paedophile, is now available for pre-order.

The book is based on his My Only Story podcast, a four-part true crime investigation series that won Bronze in the Best Serialised Podcast category at the New York Festivals Radio Awards.

In November 2019, Deon Wiggett’s sensational weekly podcasts held South Africa in thrall as he hunted down the paedophile who raped him as a schoolboy. Now, in My Only Story, he completes his exposé of Willem Breytenbach, the once brilliant teacher and later media luminary who led a predatory life.

Deon’s mission to expose his abuser takes him from Breytenbach’s high-school years at an agricultural school in South Africa’s hinterland to the famous Grey College in Bloemfontein and the media titan Naspers. But his quest reveals so much more. As he traces systemic failures through schools great and small, he uncovers a culture of complicity that poses a clear and present danger to the country’s children.

While investigating men who prey on boys and girls, Deon devises a model that anyone can use to identify paedophiles in their midst. In his own words: ‘It’s pleasant to pretend that men don’t rape children, but once you accept that they do, it becomes surprisingly easy to recognise their trickery. Once you match a universal pattern to a specific man’s profile, you can spot the deceit before it is too late.’

My Only Story is a riveting, thoughtful and often irreverent account of one man’s determination to overcome childhood trauma, to help others face their demons, and to extract some beauty from the boyhood he lost.

Pre-order your copy of My Only Story:

The nuances of publishing and editing in SA: Don’t miss a talk by Pan Macmillan SA publisher Andrea Nattrass at the Professional Editors’ Guild