‘It’s a collection of my thoughts and the lessons that I’ve learnt’ – Watch Kojo Baffoe introducing his new book, Listen to Your Footsteps
More about the book! 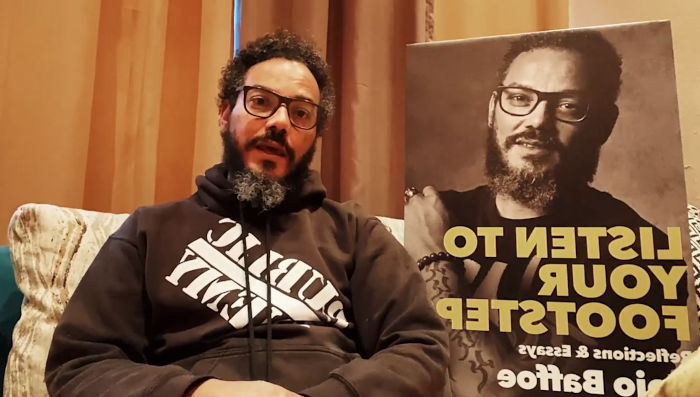 Kojo Baffoe’s new book, Listen to Your Footsteps: Essays and Reflections is an honest and, at times, raw collection of essays from a son, a father, a husband, a brother and a man deeply committed to doing the internal work.

‘I reflect on the lessons that I learn on a daily basis from my children, as well as issues of identity, the world of work, the society that we live in. So it really is just a collection of my thoughts and the lessons that I’ve learnt from the various experiences that I’ve had over the years.’

In the book, Baffoe reflects on losing his mother as a toddler, being raised by his father, forming an identity, living as an immigrant, his tussles with substance abuse, as well as his experiences of fatherhood, marriage and making a career in a fickle industry.

He gives an extended glimpse into the experiences that make boys become men, and the battles that make men discover what they are made of, all the while questioning what it means to be ‘a man’.