Is there hope after state capture? Find out in After Dawn by former Deputy Finance Minister Mcebisi Jonas
More about the book! 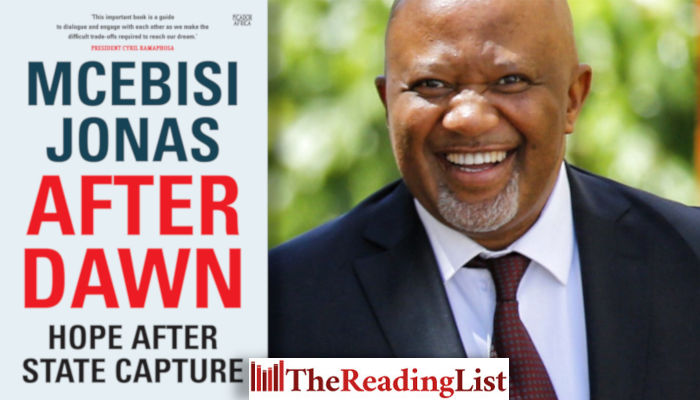 From the pen of the former Deputy Finance Minister of South Africa Mcebisi Jonas comes After Dawn: Hope After State Capture.

‘This important book is a guide to dialogue and engage with each other as we make the difficult trade-offs required to reach our dream.’ – President Cyril Ramaphosa

In October 2015, the Gupta brothers offered Jonas the position of Minister of Finance in exchange for R600 million. Then Deputy Minister of Finance, Jonas turned down the bribe and a period of deep introspection followed for him. How did we reach this point, and what did the future hold for South Africa’s democracy and the economy?

In After Dawn, Jonas analyses the crisis at the heart of our current system, which places politics at the centre of policymaking and implementation at the expense of growth. In this important and authoritative book, Jonas first unpacks and analyses the current badlands of the South African economic and political landscape.

In the second half, Jonas proposes a series of workable and practical solutions for transitioning South Africa into a growing, job-creating country including:

Time is of the essence and the window of opportunity is narrowing for all South Africans to work together towards the South Africa we all imagined was possible in 1994.

The book will be in stores in August.

Mcebisi Jonas is the former Deputy Finance Minister of South Africa, a position he held from 2014 until 2016, in addition to being a member of the National Assembly of South Africa. Jonas was born in Uitenhage in the Eastern Cape. He has been politically active since the age of 14. After returning to South Africa from exile in the 1990s, Jonas served in the Eastern Cape government before being appointed to the National Treasury.

Calling all book lovers in Stone Town Zanzibar! Make sure to diarise the launch of Ndileka Mandela’s memoir I Am Ndileka