‘I was due to meet a striking man on Shark Island and couldn’t be late’ – Read an excerpt from At the Edge of the Desert by Basil Lawrence
More about the book! 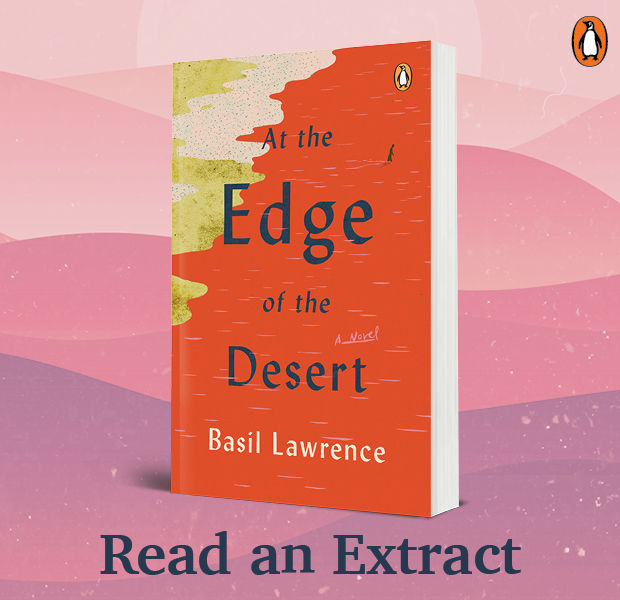 Penguin Random House has shared an excerpt from Basil Lawrence’s new novel At the Edge of the Desert, a meditation on loss, isolation and love, which asks us to consider the implications of telling someone else’s story.

In the Namibian harbour town of Lüderitz, a liminal space where desert meets ocean, a terrible history is made intimate and personal when filmmaker Henry van Wyk must confront a childhood tragedy that has moulded his life.

Having returned to his birthplace in an attempt to get his career back on track, Henry struggles to complete a documentary he is working on. He whiles away his mornings swimming in a nearby tidal pool on Shark Island, and finds himself increasingly drawn to the small town and its romantic possibilities.

But the tranquil land hides a bloody history: Shark Island was once the site of a concentration camp, and a law firm is suing the German government for their role in the genocide of Namibia’s indigenous people.

When Henry begins to interview the survivors’ descendants, their testimonies compel him to search the desert for a mass grave.

Within a few weeks I’d settled back into my old routine. My days began with cossie and goggles wrapped in a towel. I’d follow the road down to the Shark Island pool – a quick walk through Lüderitz – for a morning swim before returning home to edit my documentary. I spent my time attempting to make sense of South African prison gangs, struggling to decide if my film should focus on the men or their make-believe uniforms.

Shark Island, despite its name, is a peninsula connected to the main- land by a narrow causeway. On it a sign reading HAIFISCH points to the campsite, situated on high ground to avoid flooding by rough seas, and another, SCHWIMMBAD, to the tidal pool built adjacent to the Atlantic. Occasionally I’d be early enough to see trucks loading the overnight catch they’d transport to the processing factories. Here the southern ocean is a fishy stew and my mornings smelt of ammonia, from iced pilchards and steenbras, just like those of my childhood.

And on some days – like today, when the distant campground was almost empty save for a few tents, their canvas pulled taut over their curved poles, making dull-coloured igloos – I’d set off again in the afternoon. I walked at a good pace, even though the strong wind threatened to make me lose my footing, because I was due to meet a striking man on Shark Island and couldn’t be late.

I spat into my goggles and rubbed them clean with a finger. I slipped off my jeans. Pulled on my swimming trunks before anyone could see me, and threw myself into the cold water that was gritty with sand.

The Atlantic spewed foam over the pool’s seaward wall, which separated me from the darker surf, small rocks on that wall like bobbing seals. I pushed away from the shallow end, kicking through the chaos, with both arms extended.

When I was a teenager I’d easily clock forty lengths of freestyle, sometimes more, in a session. Back then I could swim an entire length of the half-Olympic in a single breath.

I counted my strokes until my mind began to wander. I found my rhythm.

Fingers fully extended before they caught the water.

Head turned to the side.