‘I started writing and let me tell you I could not stop’ – Jeremy Maggs introduces his new book, My Final Answer
More about the book! 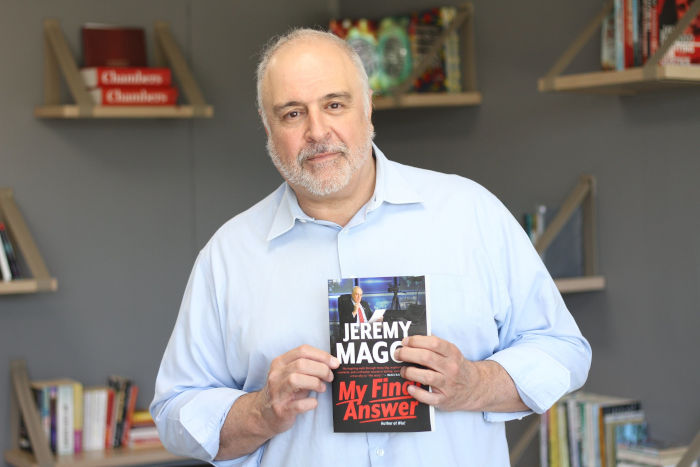 Pan Macmillan has shared a video of Jeremy Maggs introducing his new memoir, My Final Answer.

Maggs has been a journalist and a television and radio presenter for over 30 years, with a front-row seat to major news events in the run-up to and during the birth of South Africa’s democracy and beyond.

He was also the host of the hugely successful television show, Who Wants to Be a Millionaire?, and so became a household name.

‘I decided about a year ago during lockdown that I have so many rich, I hope amusing stories to tell about my life, in radio, newspapers, magazines and most recently television, that it was time to write it down,’ Maggs says.

‘I started writing and let me tell you right now I could not stop! And I really hope that the book, which is written amusingly, lots of anecdotes, lots of stories, is going to find a place on people’s shelves.

‘Mostly, I want to let people smile and give them an insight into this wonderful, wonderful world of journalism.’

Written in an engaging and self-deprecating style, this book is an unexpectedly funny and candid, behind-the-scenes account of what was unfolding in those newsrooms as the stories broke, peppered with anecdotes around those involved in making those stories happen.

Watch a video of Maggs introducing the book: