‘I hope it both honours and sheds light on the events of the Soweto Uprising’: Arushi Raina on her debut novel, When Morning Comes
More about the book! 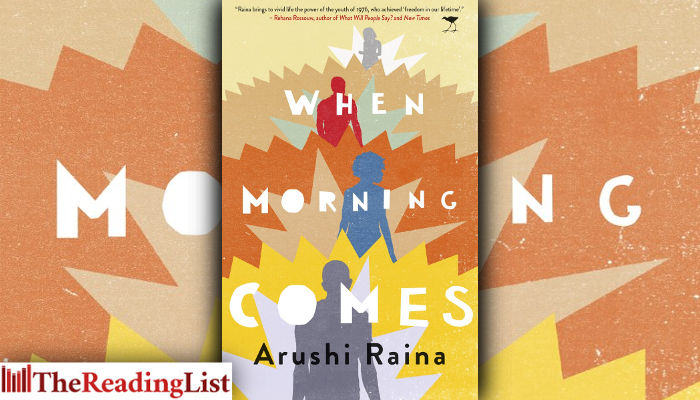 Arushi Raina explains the why and what of her debut novel, When Morning Comes.

The book is out in April from Jacana Media!

Find out more about the book:

The wonderful staff at Jacana Media asked me to write a letter to the readers of the advance copies of When Morning Comes. I hadn’t written a proper letter in a while (even though writing is kind of what I do) but here’s my imperfect attempt at the why and what of this book:

On June 16, March 1976, a shot rang out. And Hastings Ndlovu, was dead for protesting peacefully against a law, and a regime that denied his very existence as a South African. Hastings was fifteen.

Many more were to die on June 16th. And yet, on the other, white side of town, the Soweto Uprising featured at best as a highly biased government news segment on television, or an article in the paper. Over and over, I have gone over these facts and found them equally heartrending and disturbing. Through all research I have done, the spirit and resilience of South African youth shines through, again and again.

Thank you for taking the time to be one of the first readers of When Morning Comes in South Africa. I hope it both honours and sheds light on the events of the uprising. I hope, through its characters, you are able to see both the moral ambiguity of all actions, as well as the moral courage. As I have stated elsewhere in the book, fiction, by its nature is imperfect, and I hope to stay true to the spirit of the story I tell, to follow a legacy set by greats such as Miriam Tlali. At the same time, I look forward to seeing more fiction that showcases this incredible testament to South Africa and its youth – fiction that challenges and subverts and is better than whatever came before it.

The origins of When Morning Comes began for me in Grade 10 and 11, in History class in 2008 and 2009, when we started studying the uprising as part of the curriculum. As students, we tried to put the historical facts together, the context, to understand how such an uprising, and such a response from the apartheid government could be possible. When we visited the Hector Pieterson Memorial and Regina Mundi Church, I tried to imagine someone a bit like Zanele, going through that day, and its aftermath. I tried to imagine what her worries, her fears, her hopes were. Who loved her and who wanted her dead.

Ideally, When Morning Comes will find its way in the classroom to accompany historical fact and discussion – to fictionalise what is so near and fresh in our history, but also to parallel the past with current student movements across the country and internationally, and spark new discussions.

When Morning Comes in the UK and US and Canada has made its way so far to universities, book clubs, libraries, bookstores, from cities such as Kentucky-Missouri, Chicago, Montreal and London. It is truly and honour and privilege to see this book come to print in South Africa, where it truly belongs.

Thank you again for reading,