‘Her car was on fire, and she was trapped inside’ – Read an excerpt from Kuli Roberts’s debut novel Siren
More about the book! 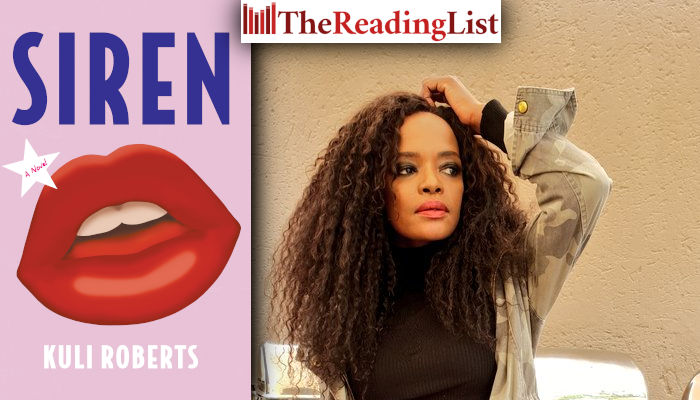 BlackBird Books has shared an extract from Siren, the debut novel by Kuli Roberts.

Meet Zinhle, the glamorous Siren, as she reels through the highs and lows of fame-seeking in Jozi.

Abandoned by her father, Zinhle was raised by her single mother, Mabel, in Dobsonville. Growing up, she always knew she would be a superstar.

But her journey to stardom is filled with both pain and pleasure. She lives through a sham marriage, being a lover of a Nollywood high roller, attending sex parties and having an affair with a footballer. She bed hops from man to powerful man, overcoming cattiness, rivalry, cheating and dodgy agents. She has attitude and sass in bucket loads and is never far from the latest front-page scandal.

Siren, Kuli Roberts’s gripping debut novel, is a classic rags-to-riches tale, jam-packed with drama, hot sex and reversals of fortune that will keep readers zipping through the pages until the very end.

Kuli Roberts has enjoyed a long and varied career in the media industry. Starting at Fair Lady, as a journalist she has worked as Fashion and Beauty Editor for Drum, as a gossip columnist at You
magazine, as the editor of Pace and as a columnist for Sunday World. As a television presenter she has graced such iconic programmes as What Not to Wear, The Toasty Show, The Real Goboza and Trending on Style. She is currently one of the main hosts of the popular TV show Trending SA (SABC 3), keeping a keen and perceptive eye on all that is current on social media. Siren is her first novel and foray into the world of fiction.

Of all the things she loved the most, they were way up there. And she loved this one particularly because it was hers, and that made it special. But right now she didn’t love it quite so much, because right now it was on fire, and she was trapped inside. She’d tried the door, but it wouldn’t budge.

All so inconvenient – wasn’t there a launch to attend, people to suck up to, photos to be taken? Such a shame it had to end this way. Even her most ardent Instagram followers wouldn’t follow her into this particular hellhole. Sitting there, she could imagine the unfolding scenario, her wig catching alight, her flesh beginning to melt into the plush leather seats. Perhaps there would be an explosion – wasn’t that how it happened in the movies? She should know, having been in a few. There was even one in which she was actually blown up. Yes, she was sure – the fire would reach the petrol tank and then BOOM!

Reaching down for the catch of the seat belt, she wondered why she couldn’t find it … but then maybe she hadn’t been wearing it. Yes, that was possible. More than possible, in fact … She fought against the growing wooziness, wanting to be present for everything that was to come, all the bad that was bound to happen no matter what she tried to do. It can’t end like this. Not after everything she’d been through, not after all the unsavoury dicks she’d sucked, the drugs she’d taken, the lies she’d told, the bad sex with bad people, the bad sex with great people, the great sex with both kinds, the hoops of fire she’d jumped through to get where she was, to where she needed to be.

Fire. Why oh why did she have to think of fire at a time like this? Oh yes, because it was the perfect time. Her car was on fire, and she would also be burning up. Won’t be long now …