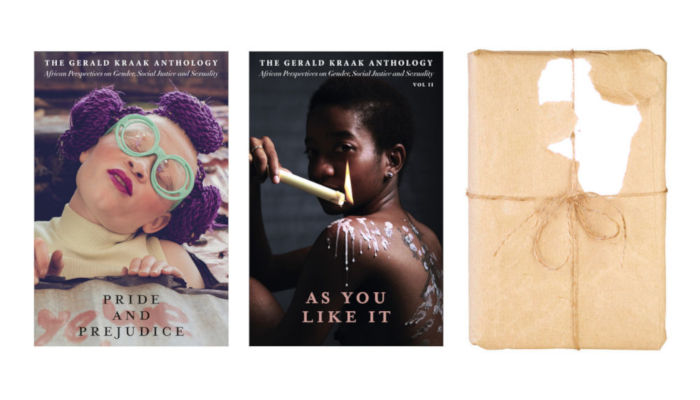 The Jacana Literary Foundation, in partnership with the Other Foundation, has announced the judges’ selection for the third Gerald Kraak Anthology.

Created in honour of the late activist Gerald Kraak’s extraordinary legacy of supporting human rights, this prize advances his contribution to building a world that is safe and welcoming to all.

This unique prize calls for multi-layered, brave and stirring African voices that represent a new wave of fresh storytelling, one that provokes thought on the topics of gender, social justice and sexuality.

Last year’s anthology, As You Like It, was recently selected as a finalist in the prestigious Lambda Literary Awards, in the LGBTQ Anthology category.

This year’s anthology is titled The Heart of the Matter.

The JLF says: ‘After reviewing close to 500 entries from across the African continent, this whittled-down selection encompasses the themes of gender, social justice and sexuality. The truths of Africa are excellently narrated by these authors.’

The Heart of the Matter will be published by Jacana Media in May 2019.

Commendations in each category and the Gerald Kraak Prize winner, who receives a cash prize, will be announced at an award ceremony in May 2019, hosted by the Other Foundation.

This year the anthology received very few photographic entries and, as such, none were shortlisted by the judges.

The Gerald Kraak Anthology and Prize continues to accept entries from photographers, as well as all other visual arts practitioners, and encourages all visual artists and documentarians to submit.

Sisonke Msimang, author of Always Another Country, a memoir of exile and home, and a writer and storyteller whose work appears regularly in the New York Times, The Guardian, Newsweek and a range of other international publications.

Professor Sylvia Tamale, a leading African feminist who teaches law at Makerere University in Uganda. Her research interests include gender, law and sexuality, women in politics and feminist jurisprudence.

Mark Gevisser, one of South Africa’s leading authors and journalists, has had a plethora of books and articles published. These include Defiant Desire: Gay and Lesbian Lives in South Africa (1994), Portraits of Power: Profiles in a Changing South Africa (1996), Thabo Mbeki: The Dream Deferred, and Lost and Found in Johannesburg: A Memoir (2012).

Otosirieze Obi-Young, writer, editor and literary journalist, is deputy editor of the African literary culture website Brittle Paper. He is an editor at 14, Nigeria’s first queer art collective which has published two volumes, We Are Flowers and The Inward Gaze.

This is a project supported by the Other Foundation.