Footnotes, September 2021: Book links from around the web 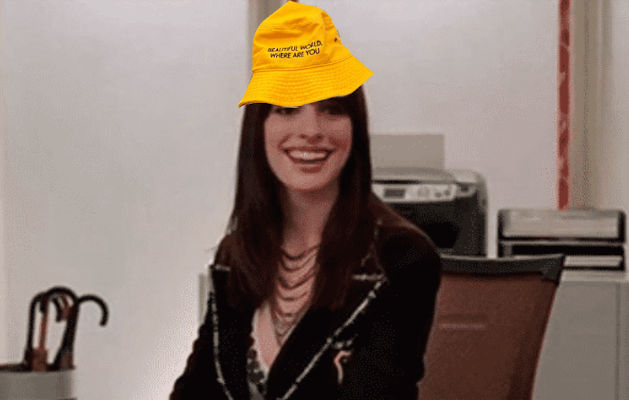 The first reviews of Sally Rooney’s new novel Beautiful World, Where Are You are in: a tour de force, uncannily enthralling, a terrible title.

Meanwhile, illegal prepublication copies of the book have been selling on eBay and fashion app Depop (!?) for hundreds of dollars.

The 4thWrite Short Story Prize, for the best new black and minority ethnic writers in the UK, has gone to Zimbabwe-born writer Gift Nyoni, a ‘bold and striking new voice’.

This man read every novel on the Booker Prize longlist so that you don’t have to (he does say, however, that you should at least read the South Africans 👌).

During his lifetime, Philip Roth won almost every major literary award there is. But, awkwardly, letters now reveal his shameless self-promotion and how he ‘hustled’ tirelessly for prizes.

Have you heard of Ern Malley? The man praised as one of Australia’s greatest poets? Well, he didn’t exist.

Read an excerpt from Mission of Malice, the new book in which Erika Bornman’s speaks out against the abuse she and others suffered at KwaSizabantu, a Christian mission based in KwaZulu-Natal.

Covid lockdowns in the US seem to have been a major boost for book sales: all major publishing categories but one had double-digit sales increases in the first half of the year. Here’s hoping the return of movies, sports crowds and concerts don’t put a dampener on things.

In the UK, a young Nazi sympathiser and terror risk who downloaded bomb-making instructions has been sentenced to … read classic literature by Dickens, Austen, Shakespeare and Hardy.

Salman Rushdie will be abandoning print and releasing his next book on the online platform Substack. (Check out his Substack, Salman’s Sea of Stories, here.)

August marked the 75th birthday of George Orwell’s Animal Farm, and yet the author’s ideas on totalitarianism and socialism are increasingly relevant today.

And finally, a K-pop star was spotted reading a book that had been out of print for almost 20 years – and it was instantly rocketed to bestseller status in South Korea.