First round of international authors announced for 2017 Open Book Festival
More about the book! 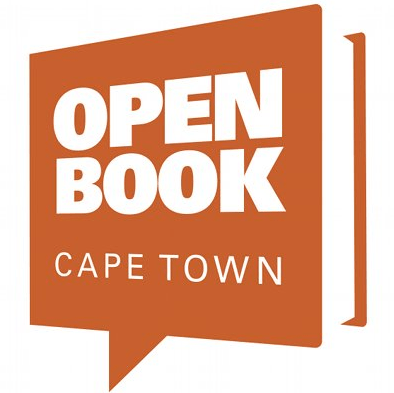 The Open Book Festival has announced the first round of authors for 2017 – including Paul Beatty, Ayọ̀bámi Adébáyọ̀, Nathan Hill and Fiston Mwanza Mujila.

The Festival has also launched a Thundafund campaign that book lovers, supporters and everyone else can support for as little as R100.

Brought to you by the Book Lounge and The Fugard Theatre, Open Book Festival will be presented from 6 to 10 September, once again offering a world-class selection of book launches, panel discussions, workshops, masterclasses, readings, performances and more. The event, which also includes the popular Comics Fest, #cocreatePoetica, children’s and outreach programmes, takes place at The Fugard Theatre, District Six Homecoming Centre and The Book Lounge in Cape Town.

Open Book Festival has established itself as one of South Africa’s most innovative and leading book festivals. Last year, nearly 10 000 people attended the Festival’s 125 events featuring 251 authors and it has been shortlisted twice for the London Book Fair Excellence Awards. It is committed to creating a platform to celebrate South African writers, as well as hosting top international authors. The Festival strives to instill an interest in and love of reading among young attendees, while the programme is designed to engage, entertain and inspire conversations among Festival goers long after the event.

“In addition to announcing the first round of incredible international authors for Open Book Festival 2017, we are inviting people to help be a part of it and launching a Thundafund campaign for this year’s festival,” says Festival Director Mervyn Sloman.

“Anyone who works on major events will have an understanding of the budgetary challenges and current financial climate that are part and parcel of the sector. Open Book is no different and while we continue to work with key sponsors, we are inviting people who recognise the value of the festival to get involved and support us, so we can retain our independence and continue to put on an event of the scale and calibre visitors have come to expect. You can support the campaign for as little as R100 and every Rand makes a difference.”

“We are excited to be announcing our first round of international authors and have again compiled a useful guide of their books so you can start reading now.”

Author: Ayọ̀bámi Adébáyọ̀ (Nigeria)
Books include: Stay With Me
Why we’re excited: Ayọ̀bámi was shortlisted for the 2017 Baileys Women’s Prize for Fiction. In 2015, she was listed by the Financial Times as one of the bright stars of Nigerian literature. She has been a writer in residence at numerous institutions and she was shortlisted for the Miles Morland Scholarship in 2014 and 2015.

Author: Maylis de Kerangal (France. Attending thanks to the support of IFAS)
Books include: Mend the Living, Birth of a Bridge; the novella Tangentevers l’est
Why we’re excited: Mend the Living was longlisted for the Man Booker International Prize 2016 and won the Wellcome Book Prize 2017.

Author: Nathan Hill (USA)
Books include: The Nix
Why we’re excited: Hill’s debut novel The Nix was named one of the year’s best books by The New York Times, The Washington Post, NPR, Slate and Amazon, among others. It was also the LA Times Book Prize for First Fiction and will be published worldwide in 30 languages.

Author: Elina Hirvonen (Finland. Attending thanks to the support of the Embassy of Finland)
Books include:When I Forgot, Farthest from Death, When Time Runs Out
Why we’re excited: This acclaimed author, journalist and documentary filmmaker has had her work translated into seven languages.When Time Runs Out was chosen as ‘The Most Important Book of the Year 2015’ in a project by the Finnish Broadcasting Company.

Author: Scaachi Koul (Canada. Attending thanks to the support of Canada Council for the Arts)
Books include: Her debut collection of essays is One Day We’ll All Be Dead and None of This Will Matter
Why we’re excited: A culture writer for BuzzFeed, Scaachi’s writing has also appeared in The New Yorker, The Hairpin, The Globe and Mail, and Jezebel.

Author: Ali Land (UK)
Books include: Good Me Bad Me
Why we’re excited: Good Me Bad Me has been translated into over twenty languages. After graduating from university with a degree in Mental Health, Ali Land spent a decade working as a Child and Adolescent Mental Health nurse in hospitals and schools in the UK and Australia.

Author: Ken Liu (USA)
Books include: The Grace of Kings, The Wall of Storms,The Paper Menagerie
Why we’re excited: Liu’s short stories have won a Nebula, two Hugos, a World Fantasy Award and a Science Fiction & Fantasy Translation Award. His short story, The Paper Menagerie, was the first work of fiction to win all threemajor science fiction awards, the Hugo, the Nebula and the World Fantasy Award.

Author: Fiston Mwanza Mujila (DRC. Attending thanks to the support of the Goethe Institut)
Books include: Tram 83
Why we’re excited: His writing has been awarded numerous prizes, including the Prix du Monde and he was longlisted for MB International

Author: Malin Persson Giolito (Sweden. Attending thanks to the support of The Embassy of Sweden)
Books include: Quicksand, the first of her novels to be translated into English
Why we’re excited: A former laywer, her novel Quicksand was awarded the Best Crime Novel of the Year Award 2016, Sweden’s official suspense literature award, which is given by the Swedish Crime Writers’ Academy.

Author: Carl Frode Tiller (Norway. Attending thanks to support from NORLA)
Books include: TheEncircling trilogy, Skråninga (The Slope)
Why we’re excited: His awards include the European Union Prize for Literature and Nordic Critics Prize. His Encircling trilogy has been twice nominated for the Nordic Council’s Prize. The trilogy is considered one of the great contemporary portraits of Nordic life. It has been adapted for the theatre and published in eighteen languages.

Author: Iman Verjee
Books include: Who will Catch us as we Fall, In Between Dreams
Why we’re excited: Winner of the 2012 Peters Fraser & Dunlop/City University Prize for Fiction for her debut novel In Between Dreams.

Author: Alex Wheatle (UK)
Books include: Crongton Knights, Liccle Bit, Brixton Rock, East of Acre Lane, The Seven Sisters, Island Songs, Checkers, The Dirty South
Why we’re excited: Known as ‘the Brixton Bard’ Alex was awarded an MBE in the Queen’s Birthday Honours list for services to literature in 2008. He is UK’s most read Black British author, with his books on school reading lists, he takes part in Black History Month every year, works with Booktrust and the Children’s Discovery Centre to promote reading and represents English PEN. Crongton Knights won the Guardian Children’s Fiction Prize 2016.

Author: Zoe Whittall (Canada. Attending thanks to support from Canada Council for the Arts)
Books include:The Best Kind of People, Holding Still for as Long as Possible
Why we’re excited: This award-winning Canadian author won a Lambda Literary award, was shortlisted for the Relit award, and was an American Library Association’s Stonewall Honor Book for Holding Still for as Long as Possible. She has also published three books of poetry.

The final programme will be available in early August, at which point bookings can be made at Webtickets.

The seventh Open Book Festival will take place from 6 to 10 September at The Fugard Theatre, D6 Homecoming Centre, The Book Lounge and (Other venue), from 10:00 to 21:00 each day. For further information visit www.openbookfestival.co.za.

For more information about and to support the Thundafund campaign, visit www.thundafund.com/project/openbookfestival.

The Open Book Festival is made possible thanks to the support of its sponsors and partners: Leopard’s Leap, The Fugard Theatre, The District Six Museum, Open Society Foundation, Kingdom of the Netherlands, City of Cape Town, Townhouse Hotel, Penguin Random House, NB Publishers, Jonathan Ball Publishers, Pan Macmillan Publishers, The French Institute of South Africa, The Canada Council for the Arts, NORLA, the Embassy of Finland, the Embassy of Sweden, Dutch Foundation for Literature, PEN SA and the Goethe-Institut.