Find out more about Coolie Woman: The Odyssey of Indenture by Gaiutra Bahadur
More about the book! 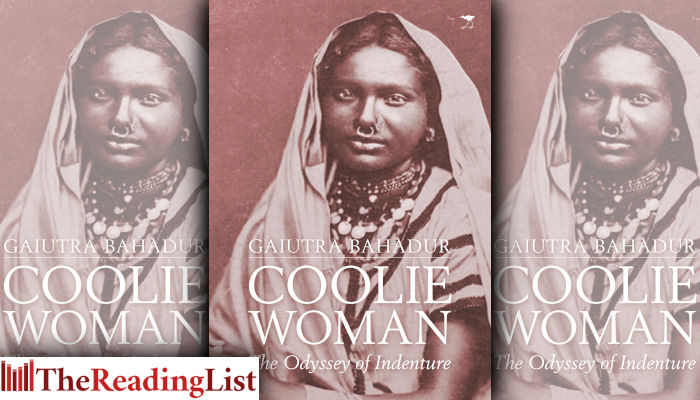 161 years ago, on 16 November 1860, the SS Truro that sailed from Madras carrying the first 342 indentured Indian labourers arrived in Port Natal (present-day Durban).

Order your copy of Coolie Woman: The Odyssey of Indenture by Gaiutra Bahadur from Jacana Media.

In 1903 a Brahmin woman sailed from India to Guyana as a ‘coolie’, the name the British gave to the million indentured labourers they recruited for sugar plantations worldwide after slavery ended.

The woman, who claimed no husband, was pregnant and travelling alone. A century later, her great-granddaughter embarks on a journey into the past, hoping to solve a mystery: what made her leave her country? And had she also left behind a man?

Gaiutra Bahadur, an American journalist, pursues traces of her great-grandmother over three continents. She also excavates the repressed history of some quarter of a million female coolies.

Disparaged as fallen, many were runaways, widows or outcasts, and many migrated alone. Coolie Woman chronicles their epic passage from Calcutta to the Caribbean, from departures akin either to kidnap or escape, through sea voyages rife with sexual exploitation, to new worlds where women were in short supply. When they exercised the power this gave them, some fell victim to the machete in brutal attacks, often fatal, by men whom they spurned. Sex with overseers both empowered and imperiled other women in equal measure. It also precipitated uprisings, as a struggle between Indian men and their women intersected with one between coolies and their overlords.

Gaiutra Bahadur is an award-winning American journalist. Her work has appeared in the New York Times Book Review, The Nation, Ms Magazine and the Washington Post, among other publications. A former daily newspaper reporter, she was a Nieman Fellow at Harvard in 2007–2008. She was born in Guyana and emigrated to the United States as a child.