Facing racism as young doctor – read an excerpt from The Boy Who Never Gave Up: A Refugee’s Epic Journey to Triumph by Emmanuel Taban
More about the book! 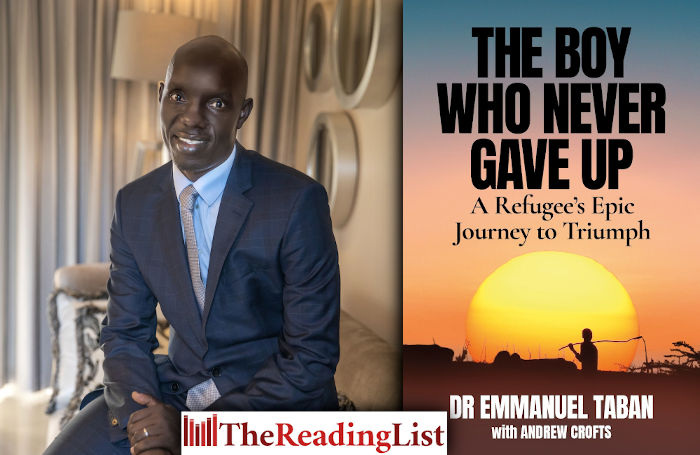 Jonathan Ball Publishers has shared an excerpt from The Boy Who Never Gave Up: A Refugee’s Epic Journey to Triumph by Emmanuel Taban.

As a young medical intern Emmanuel Taban, who had arrived in South Africa as a 17-year-old refugee from South Sudan, had to overcome another obstacle – racism.

Today he is one of only 10 black pulmonologists in the country.

In December 2004 I started working at Kalafong Hospital. I was supposed to do surgery (four months), internal medicine (four months), family medicine (two months) and paediatrics (two months). I started with surgery, and my first few days on call were in casualty. However, this was at the peak of the HIV/Aids pandemic in the country. The national antiretroviral therapy programme had been launched in April that year but had not yet made an impact.

I will never forget the sight of a hallway lined with stretchers, on which lay emaciated patients, many with diarrhoea. In places there were faeces on the floor. It was horrible to witness and made me doubt whether I had picked the right career. My colleagues who worked in internal medicine, and who were frequently called to casualty to treat patients, were exhausted.

This made me decide that internal medicine was perhaps not for me. I went back to the course coordinator and asked whether I could swap it for obstetrics and gynaecology, and so my rotation was changed.

On the first call I did in surgery I had to treat a woman who had deep vein thrombosis. As I tried to put in a drip, she moved around, and I got my first – and last – needle prick. I was immediately given antiretroviral treatment. When we tested the woman for HIV, it turned out that she had the virus. I was very relieved when I was tested later and had not contracted it.

Surgery brought other challenges too. I came up against a difficult and deeply prejudiced doctor, the consultant for the surgery department. He insisted on doing the ward rounds in Afrikaans, knowing that I wouldn’t understand most of what he was saying, despite all the best efforts of my Afrikaans teachers. Even the registrar, who was English speaking, communicated in Afrikaans with the consultant and the students, many of whom were Afrikaans speakers.

Once I assisted the consultant in theatre when he was doing a hernia repair on the stomach of a white patient. I was busy holding back her stomach skin with an instrument when, the next moment, he told me to ‘remove your dirty hands from the patient’. I was using an instrument and wearing gloves …

When I was on call, he would also prefer to interact with white students rather than with me, a fellow doctor. When I insisted that he should deal with me as he would deal with a white colleague, he refused, so I started seeing patients without telling him. I made sure that I was as good as I could be at my work and that my patients were satisfied. It was during this time that I developed the habit of working for up to ten or twelve hours without drinking or eating anything. My only concern was the health of my patients and to learn how to be a good doctor.

Still, the consultant’s attitude got to me. I gave up surgery when I had completed only two of the allotted four months. I left for obstetrics and gynaecology, feeling exhausted and angry, as this had been the first time I came up against such blatant racism.

Racism is a cunning force, though. It can find the weakness in anyone, even those who are emotionally strong. It takes only one weak moment to allow racism to consume you. But that proved to be the last time I would give in to the emotional weakness racism feeds on.

In the preceding months and especially after I started in obstetrics, I became aware that graduates of other universities looked down on those of us who had trained at the Medical University of South Africa (Medunsa, today the Sefako Makgatho Health Sciences University), a former black university. As part of our training as interns, we had to do a presentation to the registrar and the professor who was the head of obstetrics. I was asked to make a presentation about oral contraception.

I worked hard reading all the latest articles and research, but when I gave my talk the professor said he didn’t agree with my findings. It was like he disapproved of me on principle. Because I have never been someone to take criticism without proper motivation, I showed him all the source materials I had used and he grudgingly agreed I was right. Soon I gained a reputation for being outspoken and for sticking up for myself and others if I thought we were being treated unfairly.

However confident I might have seemed to those around me, I was plagued by the same self-doubts as any other new doctor. Kalafong was a very busy hospital and quite soon after I started in obstetrics a baby died during birth. I could see that the professor was very upset by it. I realised that I would feel the same if something went badly wrong with one of my patients. I became so worried that I might be an inept doctor, and that a patient might die because of me, that I started to work even harder, forgetting again to eat and drink.

By the end of my four-month rotation in obstetrics I had managed to impress the head of the department to such an extent that he encouraged me to apply for a registrar post in obstetrics at Kalafong after I completed my compulsory year of community service. Only me and one other intern got letters of recommendation from him. It was wonderful for me, as a Medunsa student, to receive this recognition.

This is an edited extract.