Don’t miss the virtual book launch of They Called You Dambudzo by Flora Veit-Wild, with Tinashe Mushakavanhu and Shaun Viljoen (25 Feb)
More about the book! 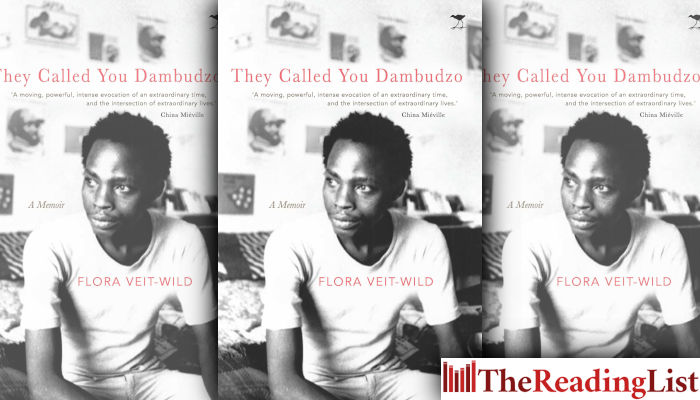 Please join Jacana Media for a Don’t Shut Up conversation between Flora Veit-Wild, Tinashe Mushakavanhu and Shaun Viljoen for the launch the soon-to-be published They Called You Dambudzo.

Veit-Wild, Mushakavanhu and Viljoen, all engaged in the world of intimate biography, will be discussing Veit-Wild’s memoir and the intricacies of ‘a double heartbeat’.

‘How shall I tell our story? I hear your voice ringing in mine. I struggle to disentangle a dense tapestry of memories. One thread will be caught up in another. Early images will embrace later ones. My gaze will often be filtered through your eyes, your poems. In the end I will not always be able to tell the original from the reflection. Just as you wrote, Time’s fingers on the piano / play emotion into motion / the dancers in the looking glass never recognise us as their originals.’

At the centre of this book is the story of the author’s relationship with the late Zimbabwean writer Dambudzo Marechera, whose award-winning book, The House of Hunger, marked him as a powerful, disruptive, perhaps prophetic voice in African literature.

This book is a memoir with a ‘double heartbeat’. At its centre is the author’s relationship with the late Zimbabwean writer, Dambudzo Marechera, whose award-winning book The House of Hunger marked him as a powerful, disruptive, perhaps prophetic voice in African literature.

Flora Veit-Wild is internationally recognised for her significant contribution to preserving Marechera’s legacy. What is less known about Marechera and Veit-Wild is that they had an intense, personal and sexual relationship. This memoir explores this: the couple’s first encounter in 1983, amidst the euphoria of the newly independent Zimbabwe; the tumultuous months when the homeless writer moved in with his lover and her family; the bouts of creativity once he had his own flat followed by feelings of abandonment; the increasing despair about a love affair that could not stand up against reality and the illness of the writer and his death of HIV related pneumonia in August 1987.

What follows are the struggles Flora went through once Dambudzo had died. On the one hand she became the custodian of his life and work, on the other she had to live with her own HIV infection and the ensuing threats to her health.

Flora Veit-Wild is Emerita Professor of African literatures at Humboldt University, Berlin. She lived in Harare/Zimbabwe from 1983 to 1993 and became known for her work on Zimbabwean literature and as literary executor and biographer of Dambudzo Marechera and a founder member of the Zimbabwe Women Writers. Her numerous publications include studies of body, madness, sexuality and gender in Anglophone and Francophone African writing as well as code-switching and linguistic innovation in Shona literature. Her memoir They Called You Dambudzo is her first book-length literary work.