Don’t miss the launch of General Jan Smuts and His First World War in Africa by David Brock Katz (8 Sep)
More about the book! 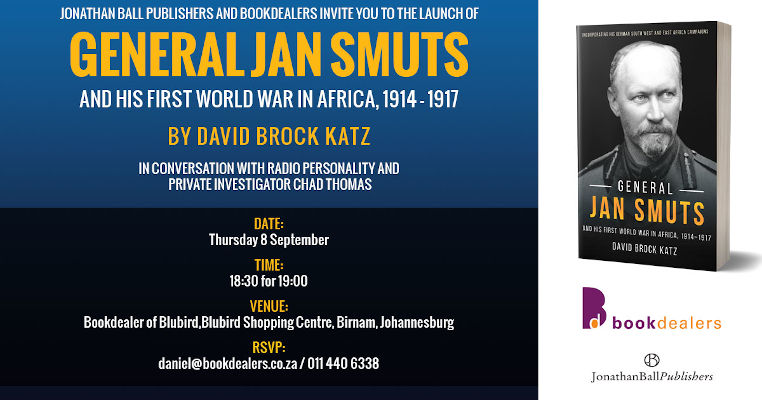 Jonathan Ball Publishers and Bookdealers invite you to the launch of General Jan Smuts and His First World War in Africa, 1914–1917 by David Brock Katz.

General Jan Smuts and his First World War in Africa provides a long-overdue reassessment of Smuts’s generalship and his role in furthering the strategic aims of South Africa and the British Empire during this era.

The author will be in conversation with radio personality and private investigator Chad Thomas.