Don’t miss the launch of a new edition of Jo-Anne Richards’s bestselling book The Innocence of Roast Chicken (7 Nov)
More about the book! 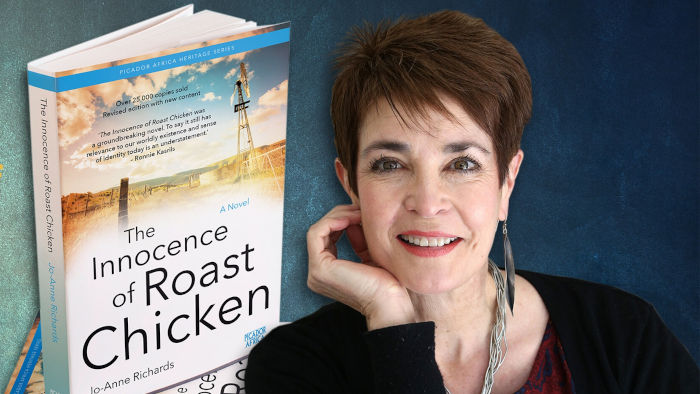 Join Jo-Anne Richards at Exclusive Books for a celebration of the new edition of her bestselling book The Innocence of Roast Chicken.

First published back in 1996, The Innocence of Roast Chicken became an instant classic at home, and went on to be published internationally.

‘The Innocence of Roast Chicken was a groundbreaking novel. To say it still has relevance to our worldly existence and sense of identity today is an understatement.’ – Ronnie Kasrils

The novel was recently rereleased as part of the Picador Africa Heritage Classics collection – books that deserve to find a new audience and be read again.

When it first appeared, The Innocence of Roast Chicken was nominated for the Impac International Dublin Literary Award and chosen as an ‘outstanding debut novel’ by a British book chain.

Jo-Anne will be in conversation with poet and novelist Finuala Dowling at the launch.

‘I wanted it to be controversial’: Kalim Rajab explains the title of his book on Harry Oppenheimer – A Man of Africa