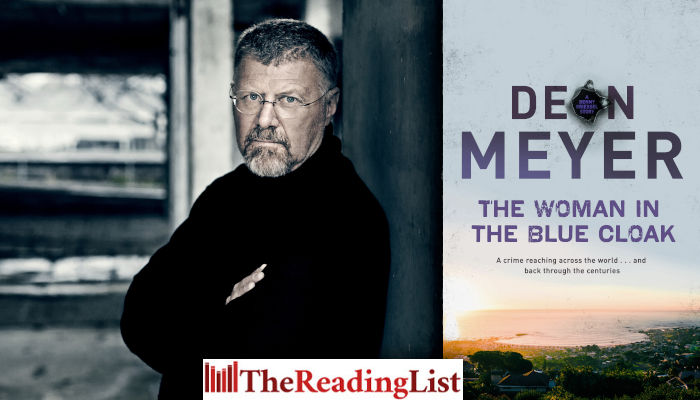 The Woman in the Blue Cloak is a brilliant novella that will thrill and entertain fans of Deon Meyer’s much-loved detective Benny Griessel.

So Benny has a lot on his mind when he is called to a top-priority murder case. A woman’s body is discovered, naked and washed in bleach, draped on a wall beside a picturesque road above Cape Town. The identity of the victim is a mystery, as is the reason for her killing.

Gradually, Benny and his colleague Vaughn Cupido begin to work out the roots of the story, which reach as far away as England and Holland, and as far back as the seventeenth century …

Deon Meyer has published 13 novels and two short story collections. His books have been published in more than 40 countries and translated into 27 languages worldwide. His novel Dead Before Dying was turned into the international TV series Cape Town.