Death and Taxes – the new book by Johann van Loggerenberg, former tax sleuth and bestselling author of Rogue
More about the book! 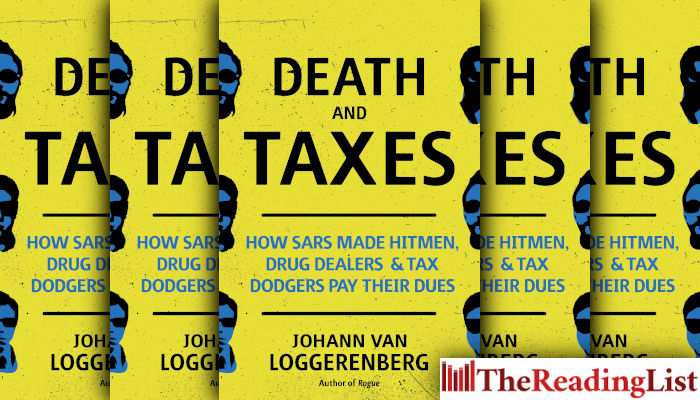 Death and Taxes: How SARS Made Hitmen, Drug Dealers and Tax Dodgers Pay Their Dues, the new book by Johann van Loggerenberg, is out in July 2018 from Jonathan Ball Publishers.

Nothing in life is certain, except death and taxes – or so the saying goes. South African tax dodgers and criminals – from drug dealers and rhino horn smugglers to one of the hitmen who shot Brett Kebble – have come to realise this truth the hard way.

Former tax sleuth and bestselling author of Rogue Johann van Loggerenberg was at the centre of several such high-profile SARS cases that spanned many years. He offers a riveting insider’s view on some of these cases, like the investigations into Dave King, Billy Rautenbach, Barry Tannenbaum, as well as Jacob Zuma, Julius Malema and others.

Since the early days of democracy, a small but determined band of people at SARS who fulfilled various investigative functions came to know every trick and scam in the book, and developed the expertise on how best to hold tax dodgers to account.

Their cases often dragged on for years, with many of the defendants using every legal trick to fight back – but SARS never gave up.

Van Loggerenberg also revisits events around the hollowing out of the tax authority post-2014 and brings the reader up to date on the extraordinary occurrences at SARS since the new dawn of the Cyril Ramaphosa era.

Johann van Loggerenberg is the co-author of the bestseller Rogue: The Inside Story of SARS’s Elite Crime-busting Unit. He joined SARS in 1998 and ultimately resigned as Group Executive: Tax and Customs Enforcement Investigations in 2015.

Since then he has been consulting for local law, auditing and forensic firms and international anti-organised crime organisations. He has been an active participant in analysing the much-publicised ‘Gupta leaks’ emails for a variety of clients.