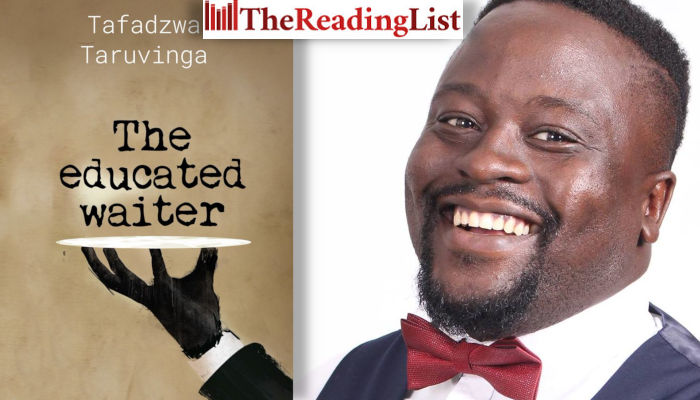 Out in October 2019 from MFBooks Joburg – The Educated Waiter: Memoir of an African Immigrant by Tafadzwa Zimunhu Taruvinga.

Tafadzwa Zimunhu Taruvinga, a young Zimbabwean, enrols to study economics at Rhodes University in South Africa. There, foreign students have to pay a hefty R25,000 minimum initial payment for tuition and residence. But foreign currency is increasingly elusive in the ailing economy back home. Determined to graduate with a Rhodes degree, Tafadzwa finds his first waiting job at a local restaurant. His income, even though it is paltry, will subsidise his mother’s contributions.

The Educated Waiter is the memoir of a graduate, waiter and immigrant. A go-getting African. His story is a poignant recollection of his experiences in South Africa, Germany, the UAE and Zimbabwe – on his quest to finding a better life. He indefatigably confronts poverty, classism, racism, xenophobia and bullying.

Published by MFBooks Joburg, the book will be available in October 2019.

Tafadzwa Zimunhu Taruvinga was born in Zimbabwe. His memoir explores his conquest of the hurdles that would otherwise have prevented his education and personal growth.