Cover reveal! Elton John’s first and only official autobiography, Me – an unforgettable story by a living legend 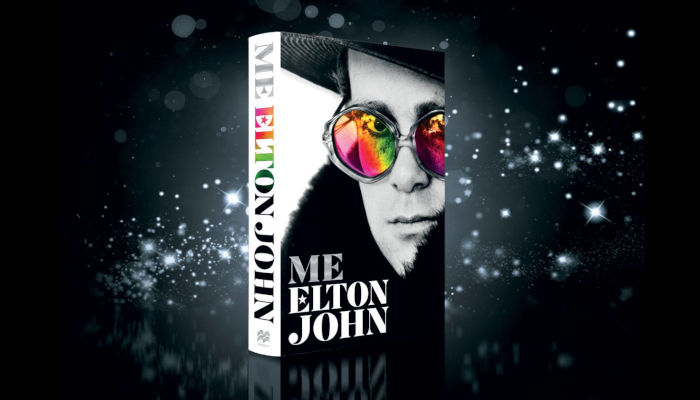 Pan Macmillan is excited to reveal the name and cover of Elton John’s first and only official autobiography, Me!

A multiple Grammy-winning legend and flamboyant superstar, Elton John is one of the most successful singers and songwriters of all time. Fans have been eagerly waiting for him to tell his story and the wait is almost over.

The autobiography of the much-loved global icon is coming in October 2019!

Written by Elton John alongside writer and music critic Alexis Petridis, Me will be a no-holds-barred account of Elton John’s life and work, which is also the subject of the upcoming film Rocketman.

From his first American tour, where he astonished audiences dressed in silver hotpants and a T-shirt emblazoned with the sequinned slogan ROCK AND ROLL, to his chart-topping success, friendships with John Lennon, Freddie Mercury and George Michael, and his struggles with drug addiction, Me is the joyously funny, honest and moving story of the most enduringly successful singer/songwriter of all time.

‘I’m not prone to being a nostalgic person. I’m often accused of only looking forward to my next gig or creative project. It’s come as quite a surprise how cathartic I am finding the process of writing my memoirs. As I look back, I realise what a crazy life I have had the extreme privilege of living. I have grown up in a period of extraordinary change in our world – and have had the joyful honour of rubbing shoulders and working with so many of the people at the heart of these changes. My life has been one helluva rollercoaster ride and it’s still lumbering on. I hope readers will enjoy the ride too.’