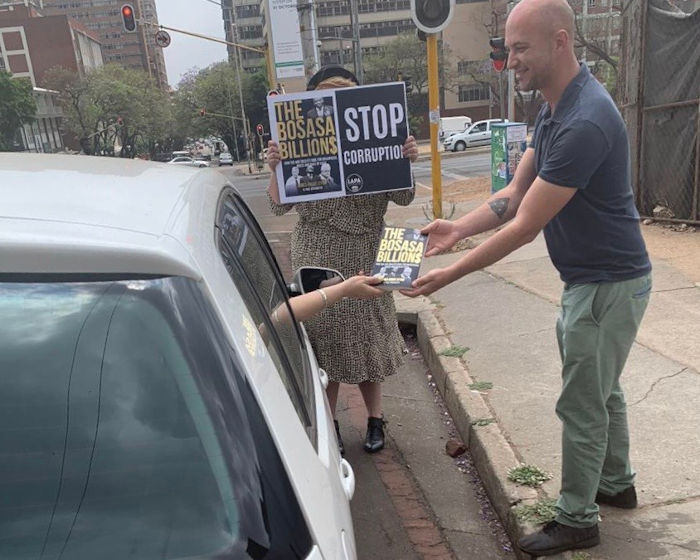 ‘It started as a throwaway line in a meeting when one of our team members said we should use our top selling book The Bosasa Billions to protest against corruption,’ says Izak de Vries, manager of the team. ‘Ralph Mathekga recently warned that South Africans need to understand how the system gets played, otherwise we will not be able to stop corruption.’

The team selected six books that explain just that, and will now take to the street corners with their message.

The team will hand out copies of The Bosasa Billions by James Brent-Styan and Paul Vecchiato, together with information on Corporation Games, Anneleigh Jacobsen’s thrilling debut on corruption in the corporate world, and the bestseller Steinhoff: Inside SA’s Biggest Corporate Crash, also by James-Brent Styan.

In Afrikaans the team has selected Dowe gode, by the legal eagle Dibi Breytenbach, which looks at corruption in our courts, In gesprek met Waldimar, by journalist Waldimar Pelser, and Steinhoff en die Stellenbosse boys by James-Brent Styan. 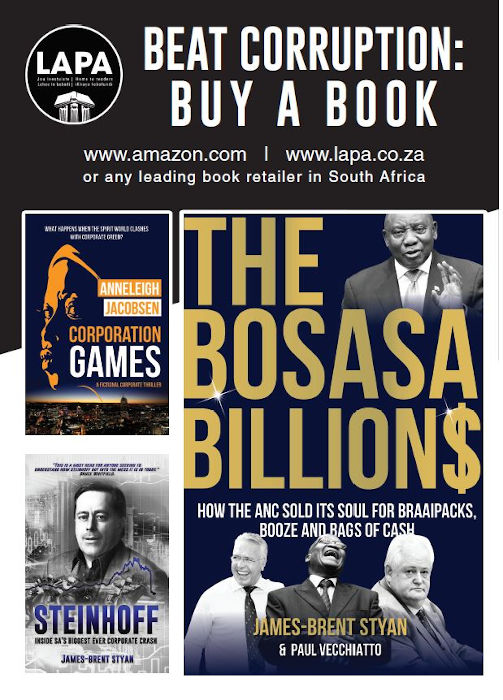