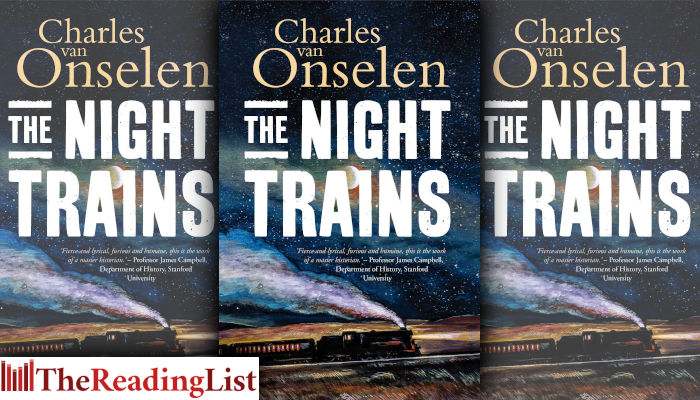 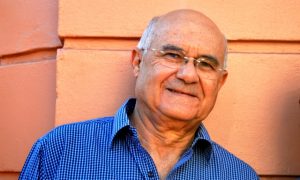 Historian and author Charles van Onselen, who has received the ASSAf Humanities Book Award for his most recent work, The Night Trains: Moving Mozambican Miners to and from South Africa, circa 1902-1955.

The Academy of Science of South Africa awards the prize bi-annually ‘to a scholarly publication that made a noteworthy contribution to developing a new understanding and insight of a topic in the Humanities, Social Sciences or the Performing Arts’. This year ASSAf received 35 nominations.

Jonathan Ball Publishers published The Night Trains in 2019 and it was immediately hailed as a masterwork:

Fierce and lyrical, furious and humane, this is the work of a master historian.’
– Professor James Campbell, Stanford University

‘The great master of social history, Van Onselen, provides us an unsurpassable lesson in the commodification and disposal of human life. The brilliantly chosen lens is a single rail line from Mozambique to the gold fields of South Africa, bringing fresh bodies east and returning west with the human remains. The tragic underbelly of capitalist accumulation has never been so sharply etched.’
– James C Scott, Yale University

The book, like many of van Onselen’s works, details the human cost of colonialism and its attendant drive for industrialisation in southern Africa. From the blurb:

On the night trains, the last stop was always hell.

The price exacted from across the African sub-continent for South Africa’s stalled 20th century industrial revolution is – in human terms – still largely hidden from history.

It was the people of southern Mozambique who paid the highest price for the development of South Africa’s primary industry. They were bent double beneath the historical loads of forced labour and slavery, and then sold off en masse as contracted labourers to the new coal and gold mines of the Witwatersrand by a Portuguese administration intent on securing a guaranteed volume of rail traffic for its east coast port.

An iniquitous inter-colonial agreement for the exploitation of ultra-cheap black labour in the extractive industries was only made possible through the use of the steam locomotive on the trans-national railway linking Johannesburg and Lourenço Marques.

The privately operated, nightly labour trains running between Booysens and Ressano Garcia left deep scars in the urban and rural cultures of black communities whether in the form of popular songs, such as Stimela and Shosholoza, or in a belief in nocturnal witches’ trains that captured and conveyed zombie workers to the region’s most unpopular places of employment.

By tracing the up- and down-rail journeys undertaken by black migrants over half a century it is possible to reconstruct how racial thinking, expressed logistically, reflected the evolving systems of segregation and apartheid.

Mozambican migrant labour formed an integral part of a largely hidden, parallel universe that created the wealth of 20th century South Africa and some of the deepest roots of an on-going tragedy lie, to this very day, besides the rails of the Eastern Main Line.

The ASSAf awards committee found the book to be ‘an outstanding example of humanist scholarship: engaged, humane and displaying all the qualities of sharpness, insight and balance that embodies the work of critical and engaged academic thinking at its best’. It added, ‘The Night Trains is a harrowing and powerful text. It is written with passion, and with a deep understanding of the country, and the Southern African region’s difficult, contentious, and complex past’.