Caster Semenya – the new book in the inspirational new Road to Glory series for younger readers
More about the book! 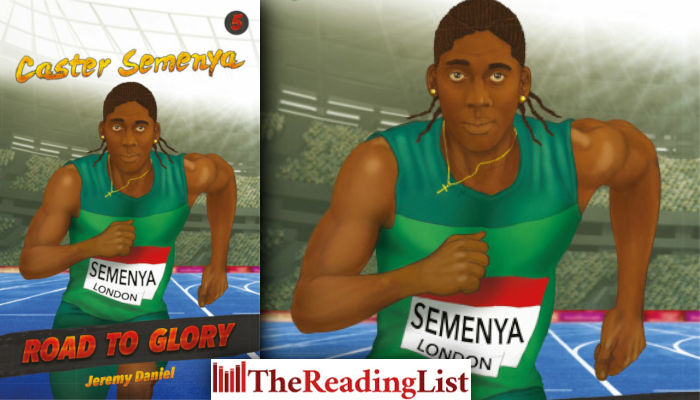 Caster Semenya is the fifth book in the brand-new Road to Glory series, which covers South African sporting legends as they set out on their journeys to becoming national and international stars.

Written specifically for youngsters aged 10–14, it takes the reader close to all the action, and the ups and downs.

In this book, Jeremy Daniel shows us how Caster Semenya developed into a worldclass athlete. Growing up in poverty in Limpopo, Caster’s early experiences at school are marked by many ups and downs: while her friends and family accept her for who she is, she is constantly bullied. But she discovers soccer and immerses herself in the game – even making the boys’ team.

It is only after she enrols at the University of Pretoria that her life changes completely. Away from village life, she impresses on the track and is noticed as a talent, eventually meeting Coach Daniels in whom she finds a trainer and mentor.

Battling controversy over her gender on the track and in the media, she nevertheless goes on to win gold at the 2016 Olympics, becoming an ambassador for South Africa.

AB de Villiers, Wayde van Niekerk, Siya Kolisi and Hashim Amla are the first three books in the Road to Glory series, which covers South African sporting legends as they set out on their journeys to becoming national and international stars.

Jeremy Daniel is an author, screenwriter and musician. He has written extensively for children’s television and theatre, including as head writer for Takalani Sesame. He has also written a book, My Forever Friend. Back in the day, he was the founding member and bass player for seminal Cape Town indie band, Fetish. He lives in Cape Town with his wife and daughters.