Cast of Poppie Nongena stand together against gender-based violence, and part of film’s profits to be donated to the cause
More about the book! 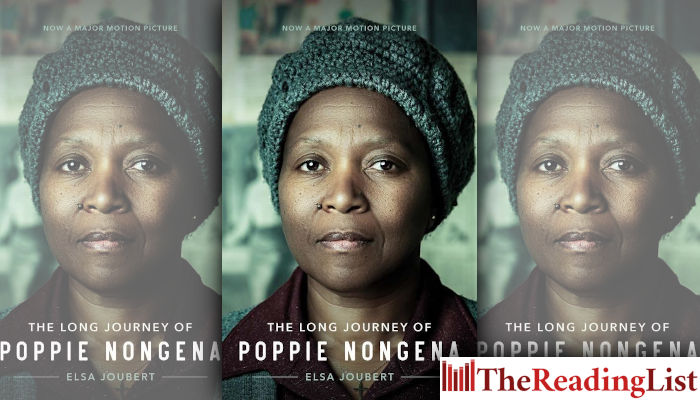 Poppie Nongena, the new film based on the novel The Long Journey of Poppie Nongena by Elsa Joubert, won 12 awards at the recent Silwerskerm Film Festival.

Hailed as groundbreaking, the novel was reprinted three times within its first four months of release, in 1980, and has since been translated into 13 languages. It has won multiple awards worldwide.

The film will be released nationwide in cinemas on 31 January 2020.

The novel will be rereleased in both English and Afrikaans on 15 October 2019, in celebration of the film’s upcoming release.

Deeply rooted in South Africa’s history, Poppie Nongena tells the story of a South African isiXhosa mother whose life revolves around finding stability for her family during a period of extreme upheaval in the country when black women were forced by arrests, fines and forced removal, to leave their homes and resettle in remote areas designated as black homelands. When her husband, Stone, becomes too ill to work, Poppie is deemed by law to be an ‘illegal’ resident in her own country.

The producer, acclaimed filmmaker Helena Spring, will be donating part of the producer’s profits to organisations that work to put an end to gender-based violence.

Spring says Poppie Nongena is particularly relevant today, and that although it doesn’t deal directly with gender-based violence, it tells the story of a strong South African woman defiant in the face of adversity.

‘Witnessing recent protests, I was humbled by the women of South Africa, by the activists, men and women, saying, “Enough!”‘ Spring says. ‘It is unspeakable that a South African woman is killed every three hours, that so many women and children are forced to live in shame and fear, unprotected and vulnerable. It has to be stopped!’

Spring has taken a stand and committed herself to help make a difference. ‘In the spirit of Poppie Nongena, who would do anything to protect the stability of her family, South Africans have to put an end to gender-based violence in this country,’ she says.

‘We need a landslide, an unstoppable landslide, that will inexorably turn the tide until women and children in this country are protected. I will be donating 10% of the producer’s profits from the film to organisations working to stop gender-based violence in South Africa.’

Lead actress Clementine Mosimane, who was awarded the Best Actress trophy at the recent Silwerskerm Film Festival, feels that the film carries an important message.

‘We need to break the cycle of abuse by raising our children to be compassionate,’ Mosimane says. ‘This affects all of us, and we must address it at all levels. A society filled with healthy, respected women is a healthy society.’

Supporting actress Anna-Mart van der Merwe agrees: ‘The scourge of gender-based violence screams out to us. It is time that we check in with ourselves, and the people we interact with daily. Do I embrace others as I want to be embraced?’

The film Poppie Nongena is a deeply personal story told from a women’s perspective. Cinematographer Vicci Turpin feels strongly about the urgency of women’s rights in South Africa. ‘It’s time for woman to let their voices get heard more loudly than ever before. Our bodies and minds are our own, and should not and cannot be touched indiscriminately by those who feel they are more powerful or have the right to the violence in this country.’