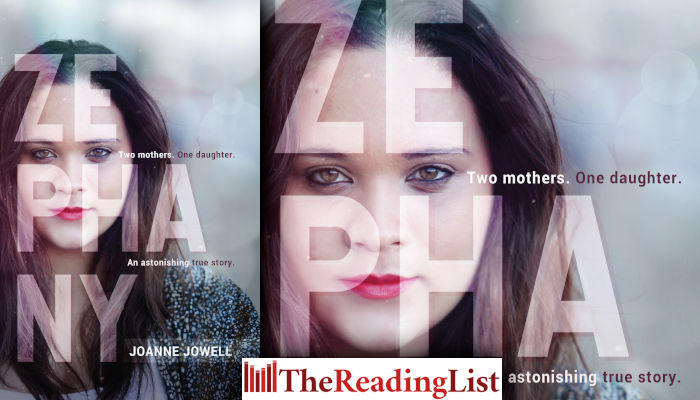 Miché Solomon and Joanne Jowell will discuss the astonishing new memoir Zephany: Two Mothers One Daughter at the Open Book Festival in September.

The Gauteng High Court this week gave Zephany Nurse, who was kidnapped at two days old from a Cape Town hospital, the go-ahead to reveal her identity.

The book, Zephany: Two Mothers One Daughter, is now being released, and will be available soon in both English and Afrikaans.

The kidnapping of baby Zephany Nurse from the cot beside her mother’s hospital bed made headline news when it happened in 1997. Desperate pleas from her parents to return her safely went unanswered. There was no trace of the baby. For 17 years, on her birthday, the Nurse family lit candles and hoped and prayed.

Living not far away from the Nurses, 17-year-old Miché Solomon had just started Matric. She had a boyfriend. She had devoted parents. She was thinking about the upcoming school dance and the dress her mother was going to make for her. She had no idea that a new girl at her school, who bore an uncanny resemblance to her, and a DNA test would shake her world to its foundations.

Miché is now 22. This is her story – for the first time in her own words. Told with astonishing maturity, honesty and compassion, it is also a story of what it means to love and be loved, and of claiming your identity.

Zephany: Two Mothers One Daughter is the memoir of Zephany Nurse, who grew up believing she was Miché Solomon.

‘I saw my mommy walking to the court with a hoodie on and a scarf covering her face. She looked almost like someone that was poor. People were cursing at her … and that broke me. This is the woman who was there for me every day, making lunch for me and my friends when we came from school, and now here she is on television being called a criminal.’

Don’t miss the chance to hear this incredible story first hand at the Open Book Festival in Cape Town in September.

Open Book has announced it will be hosting an event titled ‘Zephany: Two Mothers One Daughter’, a discussion between Miché Solomon and the author of the book, Joanne Jowell.

‘Zephany: Two Mothers One Daughter’ will take place on Sunday, 8 September 2019 at 10 a.m. at The Fugard Theatre in Cape Town.

Tickets to the event cost R45 and can be booked at Webtickets.